Game Theory Christmas is all about interacting with people whether you like it or not. If you can’t convince your family to succumb to the new board gaming fad, here are three multiplayer video gaming options you can play as a family or that are more suitable for a younger audience than the forthcoming PC release of GTA V.

All three of them are part of various franchises so there’s not much truly innovative about any of these games but having played all of them over the last couple of weeks with friends I can confirm they are a lot of fun and will stop any fights over that tin of Quality Street.

Obviously undaunted by my decision to dress him to a dragon cape and Ra Ra skirt in LittleBigPlanet2, Sackboy is back. LittleBigPlanet 3 sees Sackboy return as my tabula rasa. This is a game where I am encouraged to take the creative reins, even to the point of creating my own levels, and at the time of LittleBigPlanet 3’s launch, more than nine million user-generated levels are available to play.

Dressing for the occasion

LittleBigPlanet 3 hasn’t done away with its charity shop, nuts and bolts aesthetic but now I can almost hear the next-gen hardware running the background, as everything as every other aspect of LBP3 has had a revamp. Environments are bigger, deeper and more sympathetically arranged. The backgrounds now add to the visual rhythm of the level design often animated to give a real visual complexity. 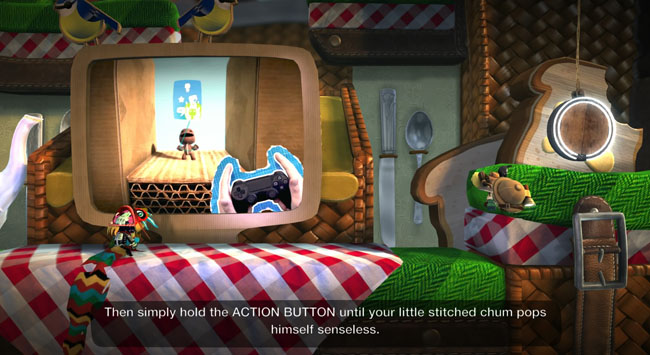 Additionally, the structure of the game has been overhauled to complement this grander vision. The straightforward level-by-level progression I am used to has been replaced with a number of massive, multidirectional hub worlds, containing access points to a multitude of missions, side quests, and hidden collectables. Be sure to grab golden tinkling baubles to buy the latest voodoo or toucan outfit from Zom Zom’s shop. 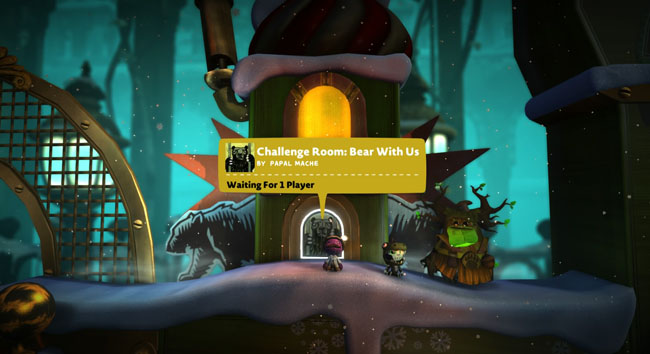 To successfully navigate these hub worlds I need to make good use of my new found costume upgrades, such as a helmet-bound zipline and a nifty pair of rocket-powered boots. When equipped with these items I can advance through levels that would be inaccessible without them. These awesome new tools invigorate LBP’s platforming design and really add to the gameplay, as do the nifty puzzles inspired by Portal – Valve should be suitably flattered. Horror B Movie and Angry Russian Bear levels stole my heart… and my lives. 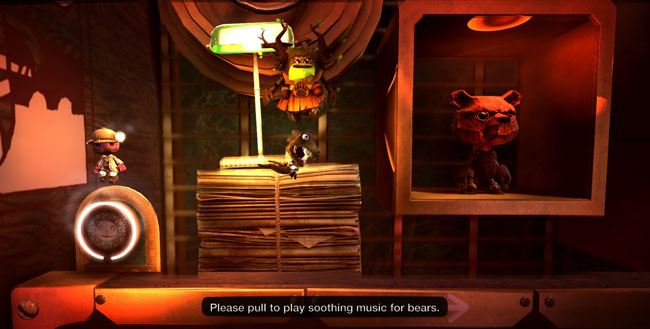 LittleBigPlanet 3 doesn’t stop there either. Just when I was getting used to my blower gun, it was time to introduce the three new characters that completely change the game's core mechanics. Faithful hound OddSock, a bouncy cloth dog; Toggle, a big pudding of a sock with hard to get to grips with Ant-Man powers, and Swoop, a cloth bird, all looking like they deserve a stint in Bagpuss. 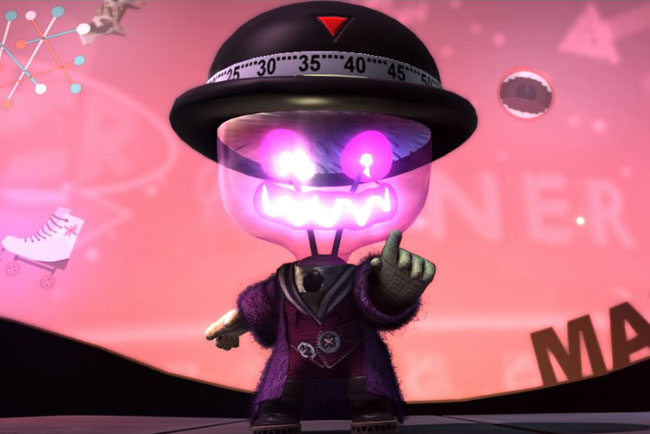 They all have their own abilities and style of play, from swooping under electric traps to bouncing up walls. Each of these new cuties has a host of levels designed to make the most of their particular talents. These characters are individual enough to each deserve their own spin-off series. With care and astounding attention to detail, the new elements of this game have been seamlessly integrated into the recognisable LittleBigPlanet aesthetic, and as a consequence I never feel any uncomfortable glitches; just a joyful rejuvenation of a gaming classic.