Why the chemistry between Hollywood, physics and maths is so hot right now

El Reg talks to The Theory of Everything producer

Interview Folks in the scientific know like to pick apart movies about science and science fiction, pointing out all the ways in which they don’t embrace real facts and theories. They also love to complain about how nerds are so often portrayed on film the same way, as socially inept weirdos, sweet maybe, but not really taken seriously. And yet, the most likely criticism to be levelled at the two Oscar-worthy movies about scientists this year, The Imitation Game and The Theory of Everything, is that they’re not scientific enough.

In each film, the (mostly) true story of an intellectual titan is told: Alan Turing the mathematician and cryptographer, and Stephen Hawking the theoretical physicist. And in each case, the movie-makers have chosen to focus not on the science, but on the person behind the science.

Lisa Bruce, producer of The Theory of Everything, tells The Register that this was intentional for her film about Hawking.

“So many in the world know Stephen in this public way, that he’s a wickedly smart man who published that amazing book A Brief History of Time and he’s in a wheelchair and he has an electronic voice,” she says.

“But almost no-one seems to know that he had this family life, he had children, and very few seem to know that he had a two-year diagnosis. And we thought that since there’s been several documentaries made about him, I think about five, and there’s plenty written about his life and achievements, we thought it was much more important to pull the curtain back on his personal life and look at him as a man.”

And, when it came to Stephen Hawking’s life, it was his wit and warmth that the movie-makers wanted to get across, not just his achievements. 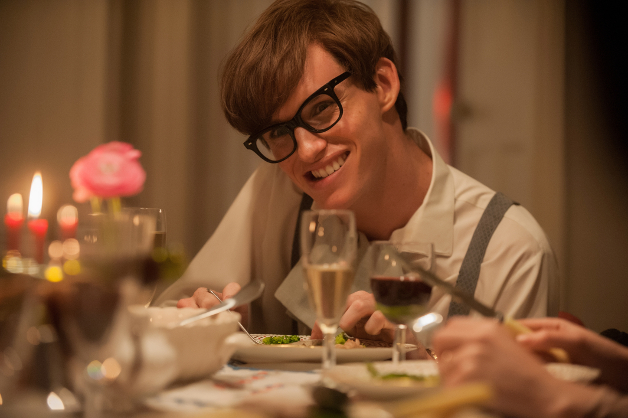 Eddie Redmayne in The Theory of Everything. Credit: Focus Features

“He did read the script early on in prep and one very funny comment that he made – he’s almost 50 when the film ends and he said 'It ends halfway through my life!' He was so surprised we weren’t going any further - it’s his optimism, believing he’ll live to be at least 100,” she says.

“He seemed fairly impressed with how much of the science we were trying to cover, but he would say he wished there were more science, which is totally understandable! From a lay audience’s point of view, there’s quite a lot of it in there actually, but from a scientific point of view I’m sure it’s a bit meagre for them.”

But she doesn’t see this as a bad thing for the portrayal of science and scientists on the silver screen, quite the opposite.

“Anthony, who wrote the script, decided early on that he would always have the science come from a lay person’s point of view in the film – like using Jane Hawking to explain the science to Jonathan in the pea and potato scene,” Bruce says, adding that this tactic also helped with the later scenes in the film when Stephen no longer had the use of his voice.

“I really think the world of science is so fascinating, if you can walk regular people like myself who are not scientifically trained into understanding the basic breakthroughs, it’s totally an eye-opener for us.”

The fact that there’s a lot of Oscar buzz around both The Imitation Game and The Theory of Everything, and more tangentially around Interstellar, already hints at something of a change in how the sciences are being viewed by the arts. If Interstellar were to win an Oscar, it would be one of the very rare moments that the Academy recognised a science fiction film.

You could say that the only reason Hollywood has been able to make films about Turing and Hawking is the drama in their lives: for Turing his conviction for homosexuality, and for Hawking, his diagnosis at 21 with ALS and just two years to live. But showing these scientists as people is what’s making them such big hits, according to Bruce.

“What’s interesting about both our film and The Imitation Game are that both films are focusing on the humanity of the person as opposed to just the science. I showed it to a group of scientists at Caltech and I thought they would sort of pick apart details of the science, but most of them were so moved by the fact that it showed a person so prominent in the scientific world like a human being, struggling with all the sorts of things humans struggle with,” she says.

“And I think this is why both these films are keying in with audiences – and the fact that obviously they’re famous men, the accomplishments both of them have done. But I think that the fact that we really dig into the humanity of Stephen is why it’s catching fire.” 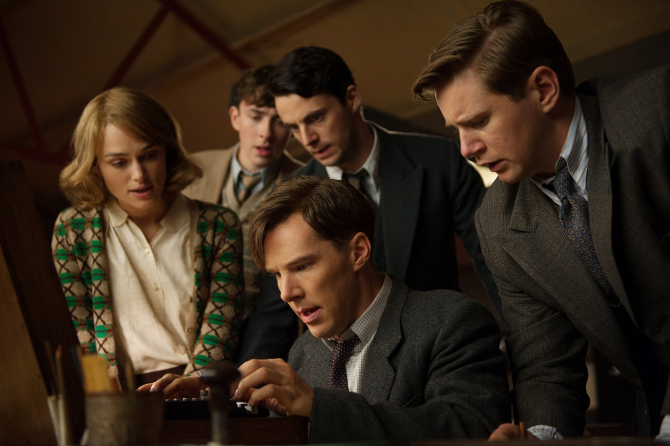 She also points out that this isn’t a new idea, bringing science to the public in a digestible way is partly what Stephen Hawking is about as well.

“That’s actually where Stephen has been so brilliant. He has these amazing breakthroughs that are quite complicated for a regular person to understand the detailed layers of it. But what he was brilliant about is that he realised quite early on that there’s a way to bring this into the popular thinking and that’s what A Brief History of Time did,” Bruce says.

“It’s one of the number one bestsellers of literally all time and it’s a nonfiction book about theoretical physics! It’s amazing!”

When it comes to the movies, just the ability to get a fresh film made instead of the latest instalment of a franchise is an achievement. To be able to make films about the lives of scientists that are proving to be such hits is something else entirely.

“These movies are hard to make. If you put on a cape and tights and you fly through the air, it’s a lot easier to get those movies made than movies about modern day superheroes, if you will. Ordinary people walking around in life doing amazing things, which is what Stephen and Jane did,” Bruce tells us. ®

The Theory of Everything will be in UK cinemas from 1 January. Look out for The Reg review of the movie next weekend.