BONK for CASH in Brixton and help us EAT the RICH 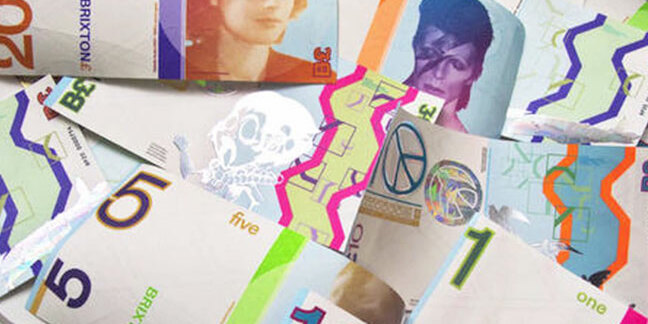 The Brixton Pound (B£), the private currency for denizens of the slightly more affordable bit of earth next to Clapham, is to adopt near field communications, or NFC, payments.

The area – which has become so painfully fashionable the locals are fighting back against poshos buying all the houses – has had its own currency for five years, aimed at keeping money in the immediate area and promoting local businesses.

While businesses can convert B£ to sterling, individuals can't; you can only use the Brixton Pound in Brixton, and it is only accepted by small independent retailers.

NFC website NFC World reports that bonking has been added to the repertoire of Brixtonites' skills, which also include pay-by-text, the use of Bluetooth beacons, and looking wistfully at properties in Camden.

Being NFC, the project is, of course, a pilot. One Visa executive reportedly said NFC had “more pilots than the RAF”.

There is a B£ contactless card which can be topped up by making a payment to it using PayPal, bank transfer or the smartphone app which integrates with Stripe to provide the payment processing.

The technology for the bonking project comes from social do-gooding money company Qoin which is based in The Netherlands.

Qoin CTO Simon Woolf told El Reg that “there won’t be a phone app initially as we want to use the card as a branding opportunity”, although he did however think it was logical to incorporate NFC in the existing app and “join the dots”.

The service uses a new Android-based contactless card reader from the French company Famoco, which Woolf says was chosen for portability and price. Units cost from $150, although the Brixton Pound organisation will be bearing the cost of the devices for the initial trial. ®