TV Review Readers please note: THIS IS A POST-UK-BROADCAST REVIEW – THERE WILL BE SPOILERS!

I don’t usually have much time for schmaltz and sentimentality, but I make an exception for Christmas. I can take a certain amount of it at this time of year, the season of goodwill and all that.

But the sight of the new and improved - more serious, less boyish - Doctor Who whooping in Santa’s sleigh in a scene that went on for far, far too long, was way too much. The whole deal with Peter Capaldi’s Who all year has been how grumpy and non-fuzzy and warm he is, so the idea that he would be as excited as a little kid to be driving the reindeer is ridiculous.

And since when does the Doctor get pop culture references? Half the fun of Who has always been his tendency to completely misunderstand humans, yet here he is shouting “Yippee-ki-yay” on Santa’s sleigh on Christmas Eve. What were they thinking? 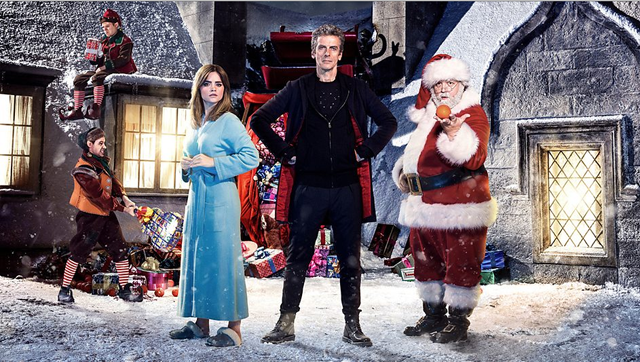 Last Christmas started off pretty well. The whole bit about Clara waking up and spotting Santa Claus on her (very easily accessible and flat) roof was funny, silly and schmaltzy in a good Christmassy way, especially with old Saint Nick played by Nick Frost (never noticed what a Christmassy name he has before). Sure, the elves were kind of annoying, but hey, they were bearable.

The fact that from there we segued into a North Pole/Alien/Inception plot was odd, but at least they acknowledged half of the stuff they were ripping off when one of the explorers blatantly pointed out that the aliens were pretty much face-huggers from Alien. They clearly didn’t spend a whole lot of time on the plot “twist”, it was fairly obvious, but the dreams within dreams were fun and Jenna Louise Coleman managed to emote hard enough in the saccharine scenes with Danny Pink that you could get over his brief cameo.

In fact, Clara was the standout of the episode. Her dignified grieving for the love of her life was played just right: you never felt sorry for her; instead, you empathised. And in the final scenes, where Capaldi just about managed to work up the requisite feeling at meeting her again as an old woman, she was a triumph. The whole idea of Doctor Who running into one of his old companions as a very old woman could have come off really weird and uncomfortable (I know we had the Sarah Jane Smith/David Tennant’s Who bit, but that wasn’t quite the age difference we saw here).

But once again, Coleman gave elderly Clara a quiet dignity that was really moving. There was no ridiculously croaky voice or squinty peering, she managed to convincingly convey old age with no loss of inner spirit and it was a damn fine bit of acting. 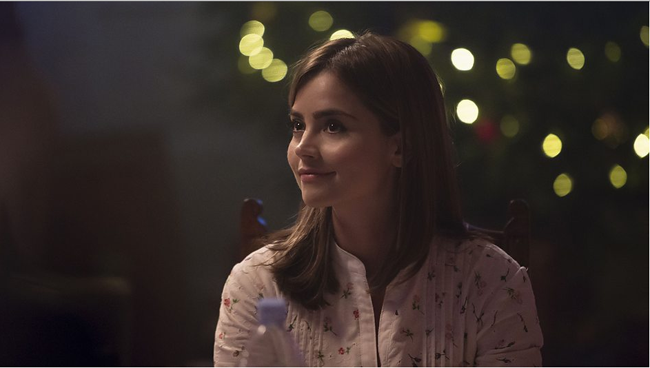 But once again, they sold us a dummy. Every time I see a Clara/Doctor Who break-up scene, I start to think there’s hope for Clara yet and then every time, it turns out she’s not going anywhere at all, I’m a bit disappointed. It just doesn’t work with Coleman and Capaldi, they haven’t found a chemistry that makes sense yet and it’s just difficult to imagine that the people they are would actually enjoy hanging out with each other.

I am beginning to wonder if this is Capaldi’s fault more than Coleman’s though. At times during the Christmas episode, he seemed almost embarrassed to be delivering his lines, particularly that joke about the Alien movie, which admittedly, was pretty poor. If you can’t embrace at least some of the silliness of Who, you’re not going to do a very good job of selling it to an audience. Maybe the reason so many of the plot-holes have seemed so blatant this series is because Capaldi isn’t carrying us all along in his madness as David Tennant and Matt Smith did so well.

Earl's Court is bigger on the inside than the outside

It's not that big, compared to some we've seen...

YES! It's the TARDIS PC!

'It doesn't roll along on wheels, you know'

Or some other time machine if you want continuous testing, Microsoft seems to be saying