We're now well into the season of festive excess, and doubtless readers will already be sustaining a severe pummelling to livers and credit cards in equal measure.

We can't do much to mitigate the effects of excess Yule spending, but we can offer you something substantial and yet a bit different to soak up the booze: the hearty hog maw.

Yes indeed, we're obliged once again to the Pennsylvania Dutch - they of scrapple fame - for concocting a magnificent repast suitable both for barn-raisings and post-pub staggerings.

On paper, this is an easy one: take a pig's stomach, stuff it with veg and pop it in the oven. Unfortunately, we decided to knock up this particular recipe in England, where hog maws are in short supply due to some inevitable regs regarding offal and the like.

Just when it appeared it was us rather than the pig that was well and truly stuffed, a helpful local butcher suggested we use pig skin instead. By an amazing co-incidence, he just happened to have a slab which, when scraped and hammered into submission, looked like a plausible substitute.

So, here's what you'll need to make a roughly 1kg hog maw: 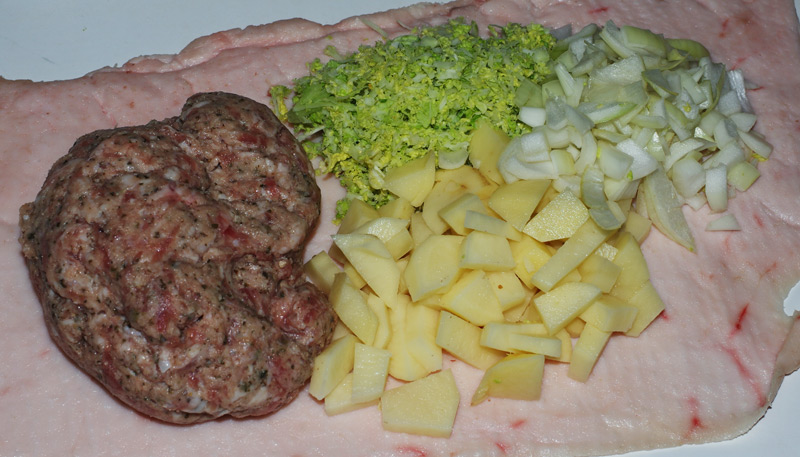 Next page: Can I have some more maw, maw?
Page: