iPhone-gasms, a Wintel for phones and more...

Part 1 It has been a crowded year in mobile. Apple breathed life into its iPhone brand, Google tried to take control of Android, while Microsoft fell asleep at the wheel. The Chinese handset tide began to reach Europe. Nokia waved goodbye to its phone division and jumped back in with a tablet – and an unusual business proposition.

Those are a few of the key trends I’ve picked out in my mobile industry review of 2014. Warning: contains opinions. And disagreeing does not make you a bad person – so chip in below.

Apple has been asleep since Steve Jobs died. In 2014, it acknowledged the danger of the iPhone cash cow becoming a highly profitable anachronism. 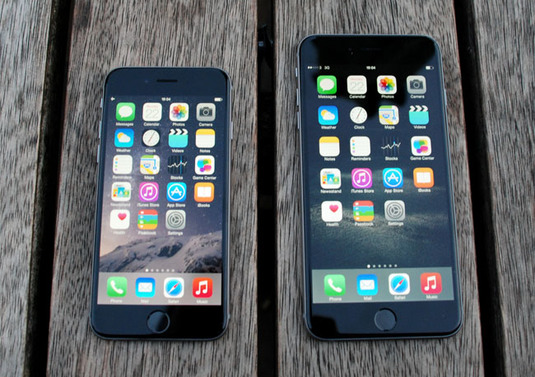 Ive an idea: Let's ditch the neon dream and release the big phones that users want

This time last year the iPhone brand looked exhausted, with networks having to work hard to meet Apple’s quotas. Verizon had promised to flog $23bn worth of iPhones, but had fallen far short, by around $12bn to $14bn. Saturation advertising was required to kindle demand for the cheerful but not-so-cheap iPhone 5C. The result was that all mobile subscribers were paying for iPhones even if they didn’t choose one.

Either way, the iPhone is easily Apple’s best iPhone, and breathes new life into the brand. Sales so far seem to reflect this. The top-to-bottom system design gives Apple the most effective hardware.

The performance/power characteristics of its own in house chip, the A8 is terrific, and Apple can offload sensor data onto custom processors. The rest of the market for advanced phones is dependent on Qualcomm continuing to execute. (Mediatek is the one to watch: CTO Kevin Jou is ex-Qualcomm: for now Mediatek focuses on where the growth is, the middle of the mass market curve between $99 and $399 handsets).

This year’s iPhone showed how hard it is to compete in a niche, such as phablets (Samsung) or imaging (Nokia).

Hard to compete with a phondleslab/phablet?

Apple can gobble up your unique advantage. The iPhone 6 Plus is phablet-sized, and its optical image stabilisation (the dedicated camera feature that Nokia brought to phones) means the photos are as good as anything. Why compete? It was enough for Google to spend heavily on brand advertising for Android. Cartoon robots saturate London.

Kantar notes that as yet, only 5 per cent of Samsung owners had switched, and most early upgraders come from iPhone. So iPhone owners feel good about them again, but we’ll need to see the trend in a year, as contracts for “punters who have a life” (as opposed to fanbois) make their choices.

For me, the iPhone experience remains stubbornly primitive – it’s a crude shell for apps and (increasingly) wearable sensor data – and that’s it. Apple seems strangely timid about giving it a new shell. Perhaps wisely, as “live” interfaces which ram Web2.0rrhea down your throat, or force “intelligent” suggestions on you, irritate many users. At least iOS 8 allows you to tone down, or turn off many of the user hostile design choices Ive forced on users in iOS 7.

The buyer’s choice is unchanged: why do you need to pay Apple £200 premium for a modern smartphone experience? Of course, you don’t.

But Android’s path to world domination - which looked unstoppable six months ago – has hit a few rocks recently.