How Musk’s rocketeers are hoping X marks the spot

On January 6, SpaceX will launch a critical supply mission to the International Space Station, but just as important as what is going up is what’ll (hopefully) come down.

The CRS-5 mission was due to have taken place this month but the launch was delayed to allow NASA to add vitally needed supplies that were destroyed when Orbital Science's Antares rocket blew up over NASA's Wallops Flight Facility in October.

The Falcon lifter will carry spacesuits for ISS astronauts, a lot of science experiments, and the more mundane food and supplies that keep humans in orbit. It’ll be two days after launch that SpaceX finally get the thumbs up that its primary mission has been accomplished by delivering its cargo, but within hours of launch SpaceX will also find out if it can successfully land and secure a rocket on its sea-going landing pad.

After delivering its payload high enough for the second-stage rocket to reach the ISS, the primary Falcon booster has been programmed to seek additional altitude as it goes vertical, then drop back towards Earth with a series of controlled burns.

The rocket’s destination is a semi-submersible floating launch pad built for SpaceX, and more specifically the X in the middle of it. The rocket is equipped with four retractable legs, and the team are confident the rocket could be brought to a hover over the barge, land gently enough to survive, and then be secured for return to land. 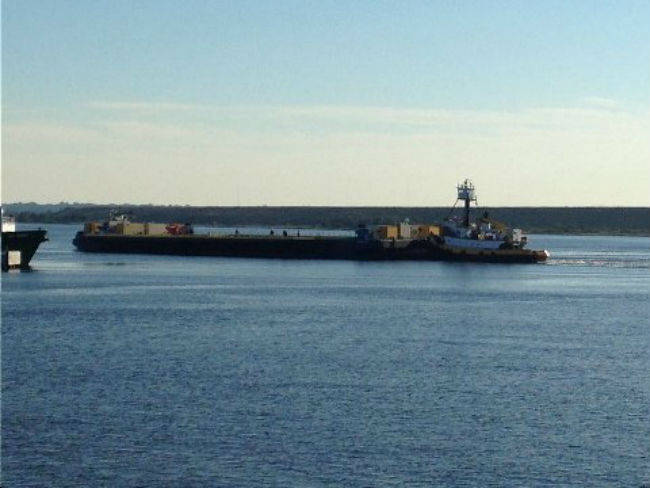 SpaceX barge on a date with destiny

SpaceX has successfully brought rockets back to sea level a few times now, but never with the infrastructure in place to retrieve the hardware. Next week it’ll aim to do just that, so that it can take the rocket apart back on land and test out just how reusable its rocket design really is.

It’s an awesome engineering challenge, and there have been mishaps along the way. Early attempts at rocket retrieval were stymied by bad weather and by some unforeseen engineering difficulties.

For example, SpaceX has now added x-wing paddles to its rockets for the descent. Early landing attempts showed that while maintaining the rocket in a vertical position for a controlled descent was possible, the vehicle had a tendency to spin as it fell.

That not only makes a safe landing highly problematic, but also pushes the fuel needed by the rocket to the sides of the tank through centrifugal force, starving the engines. So the engineering team has built four independently maneuverable paddles on the side of the spacecraft that will control and reduce the spin so that the rocket can land safely.

Those with knowledge of SpaceX's plans rate the chances of the falling rocket successfully landing on the barge’s X as 50/50, with higher odds against getting it secured safely for return to land. But the attempt needs to be made if the reusable rocketry that SpaceX has pioneered is going to fly as a business concept.

It’s going to be a busy 2015 for the company, reusable rockets aside. In January and March the firm will undertake key tests of its Dragon capsule that will certify it as safe for human travel. If successful, the US will no longer have to rely on the largess of the Russians to get astronauts into orbit.

Also on the cards is the first flight of SpaceX’s Falcon Heavy rocket, which is key to CEO Elon Musk’s vision of a future life on Mars for humanity. The rocket is due to launch from NASA’s historic Launch Complex 39A at Kennedy Space Center, once SpaceX has finished upgrading the site.

But for the moment all eyes are on the Florida weather forecast. SpaceX needs to fire off its Falcon on January 6 or 7 in order to mate with the ISS, and any delay will not only leave our astronauts short of supplies, but also delay the next stage in Musk’s plan to transform space flight. ®