Microsoft and Yahoo!'s search engines may hold much smaller portions of the market, which is dominated by ad giant Google, but netizens still noticed when the services went dark for a short period on Friday.

Reuters, citing a person briefed on the outages, reported today that the search engines went titsup after Redmond mistakenly deployed a dodgy code update on its servers.

As Microsoft apparently rushed to undo the damage, its Bing search engine suffered some serious, albeit temporary, wobbles.

Yahoo!'s search engine, which is powered by Microsoft, similarly collapsed for a brief period of time last night.

The Register noted that other MS services had been affected by the outage, including Hotmail.com and Office 365.

Microsoft was, according to Reuters, forced to shut down its groups of linked servers to recover from the cockup, all of which led to the search engines having a little sit down. 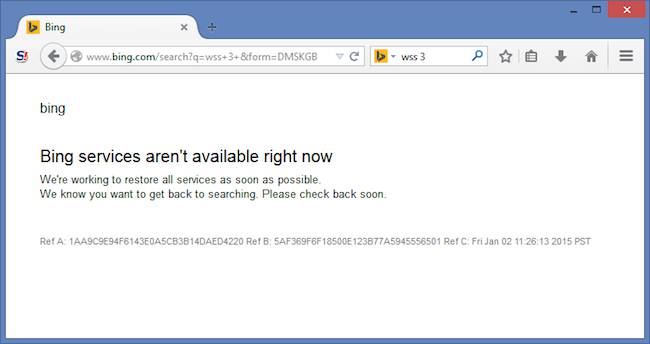