Microsoft has made excellent software, you pack of fibbers

Plus: Nobody likes governmental lawbreakers

CoTW Happy New Year, one and all. This post-festive edition of Comment of the Week will gently drop you back into the simmering gloop of El Reg's Commentry, slicing and dicing the merely-bad along with the very worst of the below-the-line offerings. Cheers!

Over the Christmas season our motoring correspondent Simon Rockman took a well-aimed shot at the hideous inefficiency of buses as a mode of public transport. This prompted some of our readers, including Dana W, to stir up equal feeling for and against the cycling lobby:

We call those bicyclists the little pants patrol. They think that riding a bicycle makes them morally superior, and that its the way EVERYBODY should get around. They think they will always be 25 and in good health. And that everybody should live in inner city hipster flats.

My city has built them the second best bike trails in the US. Including cross city greenways, and parallel bicycle roadways. Do you think they RIDE on them? No, the law says they have a RIGHT to a full lane of road, and thy won't have it any other way. There is a little monument near my apartment to a man who git killed on his bicycle on the street. Literally four feet away from a bicycle only ROAD.

If you're one of those cyclists who thinks red lights and zebra crossings only apply to motorised vehicles, please get off your machine, walk along the pavement and stop breaking the law. You are a menace to pedestrians and other road users alike.

Meanwhile, in geo-eco-political news, the price of oil is collapsing as Saudi Arabia keeps pumping out ever increasing quantities of the black gold, causing a glut in supply. Bronze-badged 'tard Peter2 weighed in on our own Tim Worstall's take on this situation:

I thought the reason the Saudi's were doing it was to screw up investment in western shale oil which would wipe out a lot of their customers.

Worse, from their point of view is that if the US/UK don't need to obtain oil from the middle east then we have no further geopolitical reason to attempt to stabilise the middle east.

You see, Saudi Arabia funded most of the terrorist organisations. Given, not because they have any particular love of them but because if you don't pay them then they start operating in Saudi Arabia, and paying them was simpler and not particularly harmful...

His excellent missive, which garnered 54 of your finest upvotes, can be read in full here. Well said, that reader.

Elsewhere we had the 10th birthday of the Freedom of Information Act. This prompted a clearly well-thought-through comment from Primus Secundus Tertius, who had this to say about it:

"You idiot. You naive, foolish, irresponsible nincompoop," Blair wrote of himself in his autobiography A Journey last year, recalling his adoption of the law, which took effect in 2005. "There is really no description of stupidity, no matter how vivid, that is adequate. I quake at the imbecility of it."

He could equally have been writing about the Yuman Rights Act passed by his Labour government.

On the news that the NSA quietly confessed on Christmas Eve that its employees had repeatedly broken the law to engage in mass spying on innocent people, Mark 85 said:

I read the violations and the worst it seems that anyone got was good talking to. I work in health insurance and going through files or into servers without specific access is good for termination not a briefing.

Strong stuff and well worthy of a Golden Vulture Dropping of Excellence: 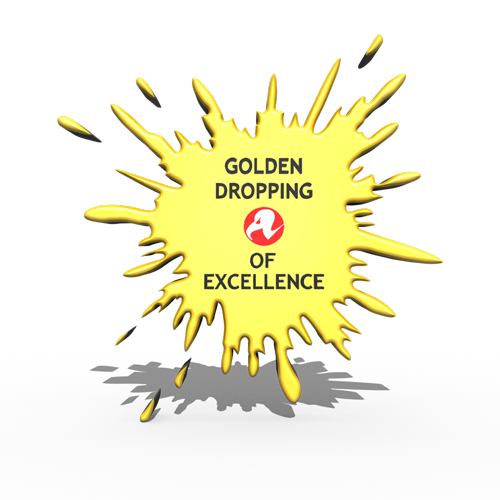 If you can do better than moiety at illustrating gold-coloured bird excreta, feel free to ping us your visualisations of it

AlbertH couldn't resist the age-old swipe at Microsoft, taking the time to have a pop at Redmond's software offerings...

No - Microsoft and Sony need to take basic security seriously. They still don't - they're just interested in their gigantic profits.

It must be remembered - Microsoft have NEVER released ANY properly working software..... 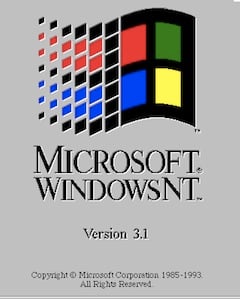 Heat shield will be put to the test for the first time, what could go wrong?
Science3 Dec 2022 | 8

Subject to conditions: offer only valid if you can get Starship off the ground
Networks2 Dec 2022 | 13