Australia: even more empty than you imagine

Stats boffins make squares of us all

In a release that went largely unnoticed in the lead-up to Christmas, the Australian Bureau of Statistics launched a data product designed to simplify regional and international comparisons.

The Australian Population Grid 2011 (that is, it uses the 2011 Census data) plots Australia's population against a 1km2 grid.

Prior to the creation of the grid, Census geographic data products were based on the ABS's statistical geography. This provides a range of geographical units – from the whole country down to mesh blocks – but these are not standardised to a fixed unit of area.

The ABS adds that the 1km2 grid is also a more accurate way of assessing population in areas where the bureau's geographical units are very large.

For example in remote areas with very low populations, a visualisation based on the population of a mesh block (the ABS's smallest statistical geographical unit) gives a quite different result to the grid analysis. 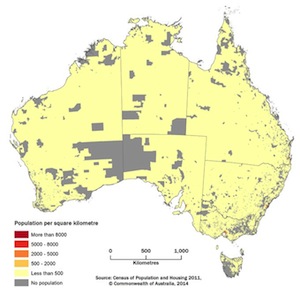 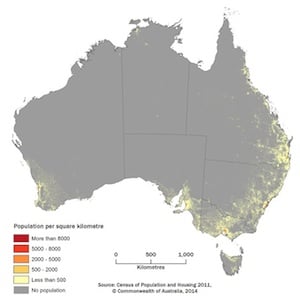 The grid was modeled from data points in the 2011 Census mesh blocks, and the grid is aligned to the National Nested Grid standard.

The geodata is available as PNG for those that only want the visualisation, or in ESRI Grid and GeoTIFF formats for GIS users. ®