Arrr: The only Pirate in European Parliament to weigh in on copyright

Hmmm. What do YOU think 19 January report will say? 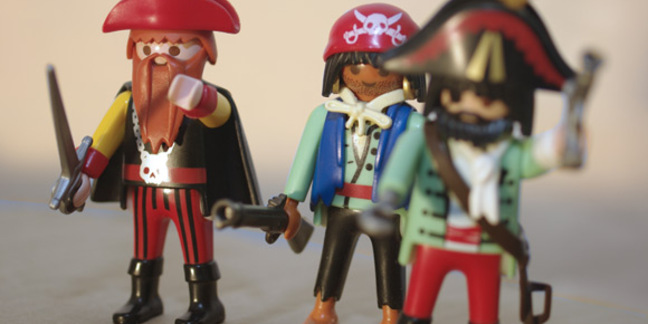 As speculation and arguments mount over proposed EU copyright legislation, the Pirate Party MEP will publish her report on the matter on 19 January.

Julia Reda, currently the only Pirate in the European Parliament, has been made “rapporteur” on the implementation of the previous directive on the so-called 2001 Infosoc Directive.

Collecting societies, publishers and artists have likened this to putting the wolf in charge of the sheep. If we accept the analogy, it’s probably a lot like asking the wolf’s opinion on how the shepherd has been doing and then taking that into account when telling the shepherd what to do next.

It is fairly predictable that Reda’s report will come down hard on any measures that have sought to criminalise private copying and will recommend avoiding anything that seeks to inhibit such “personal-use” copying of protected works in the future.

However, the first bite at the new expected copyright law cake will go to new digi Commissioner Günther H-dot Oettinger - a man who made his first speech after his appointment to the German publishers association and who wants news aggregators to pay a so-called “Google tax” to publishers for using snippets of their articles.

The European Copyright Society recently wrote to Oetti begging for an "actual Union-wide unification of copyright" as opposed to simply further harmonising the existing EU copyright regime would have "several major advantages".

But as intellectual property law expert Iain Connor of Pinsent Masons, said in El Reg, a new copyright law could be as much as 10 years away and, as is the way with EU laws, the end result will likely turn out to be a mishmash compromise between Oettinger’s and Reda’s positions.

However in giving Reda the job of reviewing the current law at this time (Oettinger has promised a first draft of a new law in six months), the Pirate Party maintains, European Parliament is suggesting to “Big Entertainment - or perhaps more pertinently Big American Entertainment - that it means business".

Possibly. The first consideration of Reda’s report will be in committee on 20 January. ®

We read the Brexit copyright notices so you don't have to… No more IP freely, ta very much