'These are the planets we're looking for' - SETI boffin

The discovery of new planets likely to be able to support life along Earthly lines has been announced, with one of the most promising candidates for alien and/or human habitability located just 470 light-years away.

The new exoplanets have been discovered by analysis of data from the Kepler space telescope, and bear the tags Kepler-438b and Kepler-442b. Another six Earthlike worlds have also been identified, but these two are considered to be the most promising - and Kepler-438b the best of the lot. The new research was announced yesterday. 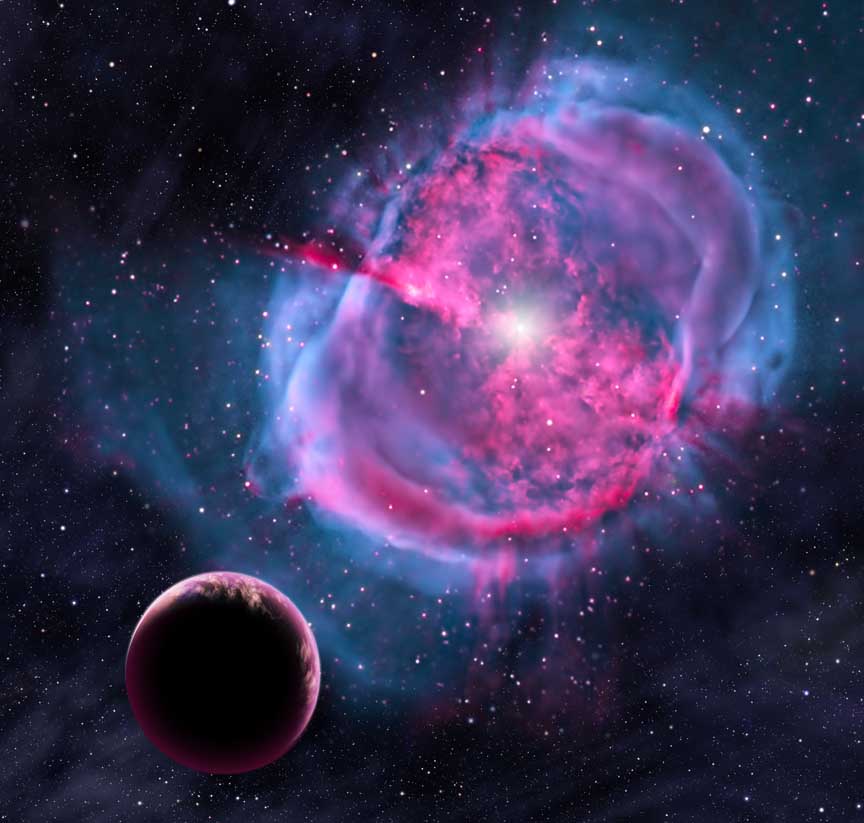 Kepler-438b gets about 40 per cent more heat from its red sun than Earth does from Sol. It is thought that there's roughly a 70 per cent chance that liquid water can exist on its surface, which is generally thought to be the basic requirement for the appearance of life along Earthly lines: or for a planet to be potentially habitable for humans, assuming a biosphere either local or imported to provide atmospheric oxygen. Kepler-438b lies just 470 light-years away from our solar system.

Kepler-442b, with about two-thirds as much light as Earth, is reckoned to have a 97 per cent chance that water could exist on its surface - if it has one. It's a good bit further off, at 1,100 light-years.

By comparison to these two planets, Venus here in our solar system gets twice as much solar radiation as Earth and is much too hot for liquid water: the new exoplanets are considerably more Earthlike than our neighbour.

"We don't know for sure whether any of the planets in our sample are truly habitable," explains David Kipping, astroboffin (and sometime exomoonologist). "All we can say is that they're promising candidates."

The two worlds, and the other planets fingered by Kepler yesterday, bring the count of exoplanets known to humanity to a thousand. Being too small to be identified by mass measurement - only larger planets make their parent stars wobble perceptibly from Earth, though these relative tiddlers are visible as they pass in front of their far-flung suns - they were instead checked out by statistical methods. We are told:

All of the planets were too small to confirm by measuring their masses. Instead, the team validated them by using a computer program called BLENDER to determine that they are statistically likely to be planets. BLENDER runs on the Pleiades supercomputer at NASA Ames. This is the same method that has been used previously to validate some of Kepler's most iconic finds, including the first two Earth-size planets around a Sun-like star and the first exoplanet smaller than Mercury.

“Kepler collected data for four years - long enough that we can now tease out the Earth-size candidates in one Earth-year orbits”, comments SETI boffin Fergal Mullally of the Ames campus. “We’re closer than we’ve ever been to finding Earth twins around other sun-like stars.

"These are the planets we’re looking for."

Full boffinry detail for those with the intellectual chops to handle it is available here (pdf), as published in the Astrophysical Journal. Stuff pitched for dunderheads, journalists etc courtesy of NASA can be found here. ®