In less than 18 months' time the police radio network will be switched off. There is no obvious replacement and the looming omnishambles is turning into a bonanza for Arqiva, the only company brave enough to offer a solution.

Peter Neyroud CBE, former head of the National Policing Improvement Agency and now at the University of Cambridge lecturing in criminology told us: “They moved to do what they are doing far too late. I told Labour to get on with it in 2009.”

The British police and the other emergency services use a system called Airwave. This uses a technology called Tetra (Terrestrial Trunked Radio) which is half way between a mobile phone system and a walkie talkie. It’s an ancient technology and very poor at mobile data, which runs at 7.2kbs. There is a standard to boost that to 700kbps but it has never been implemented. Instead the plan is to replace it with 4G.

Airwave revolutionised policing in many rural areas but more recently has been criticised for being too costly as it was set at a fixed price, with escalation, more than a decade ago. Peter Neyroud, who negotiated the initial contracts, told us that as police budgets have been squeezed and the cost of the Airwave contract has risen it’s become a more significant line item.

“It was never cheap,” said Neyroud, “but given what you were asking it to do it was always going to cost,”pointing out that it replaced a system of UHF and VHF that was incredibly patchy and unreliable.

Airwave was initially part of O2 but the company was taken over by Macquarie Group Limited, a private equity firm, and the prices to the emergency services reflected this. Neyroud told us that while the pricing was baked in from the start, Airwave doesn’t have much room to move as Macquarie ultimately has shareholders to service. 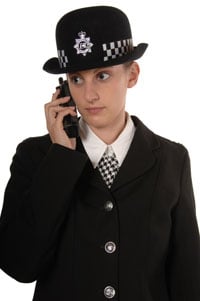 Devices made in low volumes for specialist use are also expensive. To those of us used to mobile phones, where you can get an Android device for under £100, a voice-only radio at thousands seems exorbitant. The plan to move to 4G sounds sensible but the people who actually use emergency communications have deep reservations.

Push (and wait) to talk

What’s often not appreciated by the mobile community is the issue of latency. Anyone who has used a walkie-talkie knows that the instant you press the button the person at the other end can hear you. 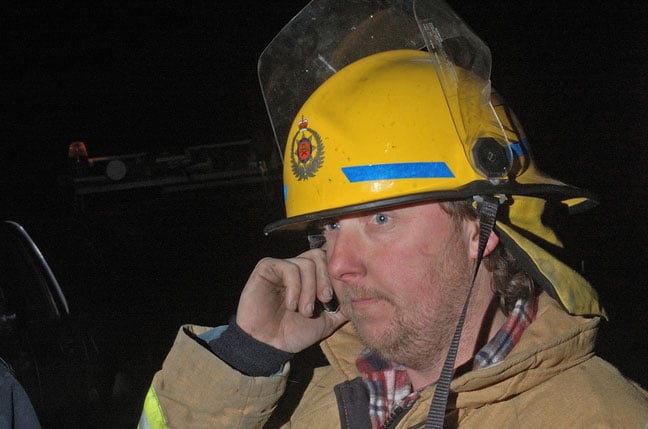 'What do you want me to shove through that hole?!' Pic: Shutterstock

Mobile phone push-to-talk systems are rarely like this. You press the button, it switches to the right app, fires up, makes an IP connection and then starts the communication. This is not instant. Indeed, using such a system where you can see and hear the other person is un-nerving, with a significant delay that is more than an echo. Even a traditional 2G or 3G voice call has a little latency which you can hear if both people are in the same room.

Push-to-talk latency isn’t a problem in the “it might replace SMS” scenario the mobile industry once envisaged for it, but it is in an emergency. The classic example the Armed Forces give is to imagine a commander who has a team of snipers on a roof pointing at a target. He gives the command: “Don’t shoot”. Unfortunately, in a cellular, IP based device, it takes a fraction of a second for the app to fire up and make a connection – a fraction of a second which is just long enough for the word “Don’t” to fail to make it into the message.

With 4G you might hope that this is fixed. VoLTE has fantastically low latency. We made a call at Vodafone’s labs recently and it’s what surprised us most. But there are a host of other problems. Push-to-talk isn’t in the specification yet, it needs LTE Release 13 and that’s a little way off. Phase 2 of the specification for mission critical push-to-talk over LTE has a completion date of June 2015.

That’s just the due date for the spec; devices will follow some time after. Bear in mind they need a hardware button as well, meaning it’s not just a software update, so a year from spec to implementation would be reasonable. Say June 2016. The Airwave switch-off is due to start in April 2016.

That is just the beginning of the problem. If it uses 4G it needs 100 per cent 4G coverage, and we don’t even have 100 per cent coverage if you combine everything on 2G, 3G and 4G. We’ve written plenty about that before. A system where there were areas in which police radios don't work is pretty appalling: one where criminals knew they didn’t work, many times worse. It’s one thing having your house price determined by mobile coverage but imagine having a bank or a jeweller's shop where the police couldn’t communicate. Even if the services used multi-IMSI SIMS to access all UK networks, there are too many not-spots.

You can then add to this the problem that with 4G there are other users on the network: ordinary customers, who, given that they are in the middle of an emergency, will want to call their mum or post a video of the explosion to YouTube.

There are systems in place to give emergency services priority but network congestion is still going to affect the ability of the backhaul infrastructure to cope. The Home Office issues licenses for the emergency services to set a bit on the SIM to enable MTPAS (Mobile Telecommunication Privileged Access Scheme), previously called ACCOLC (Access Overload Control), and still informally called that. There is a limited pool of MTPAS SIMs and the police force which wants one has to get its mobile operator to fill in the paperwork for the Home Office to request it. The IMSI of the enabled SIM is registered with the network.

Next page: 'Give a cop an iPhone and he'll break it in 10 minutes'
Page: