With neat posters in a 1930s style

Pics NASA appears to be transforming itself into an intergalactic travel agency after issuing a series of cheery posters of exoplanets.

"Kepler-186f is the first Earth-size planet discovered in the potentially 'habitable zone' around another star, where liquid water could exist on the planet's surface," said NASA's blurb. 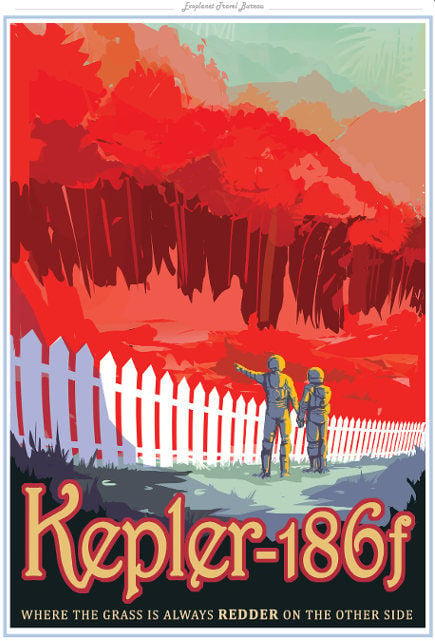 Spacey: Kepler-186f looks like a fun place to take the family for a long weekend

"Its star is much cooler and redder than our Sun," continued the Exoplanet Travel Bureau's happy-clappy description of the Red Planet. "If plant life does exist on a planet like Kepler-186f, its photosynthesis could have been influenced by the star's red-wavelength photons, making for a colour palette that's very different than the greens on Earth."

"This discovery was made by Kepler, NASA's planet hunting telescope." 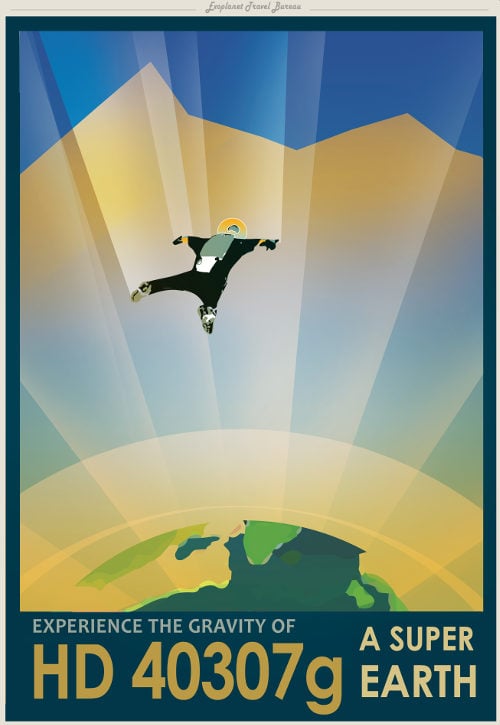 "Twice as big in volume as the Earth," said NASA, "HD 40307g straddles the line between "Super-Earth" and "mini-Neptune" and scientists aren't sure if it has a rocky surface or one that's buried beneath thick layers of gas and ice. One thing is certain though: at eight times the Earth's mass, its gravitational pull is much, much stronger."

Translation: you'll need the physique of Arnold Schwarzenegger just to raise your head. If you don't freeze to death first, that is. 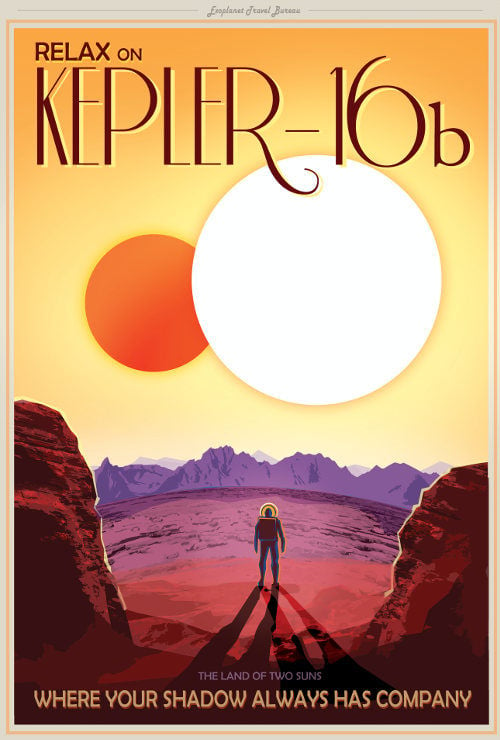 Sunny: Do my bum shadows look big on this world?

"Like Luke Skywalker's planet "Tatooine" in Star Wars, Kepler-16b orbits a pair of stars," said NASA's H2G2-style guide. "Depicted here as a terrestrial planet, Kepler-16b might also be a gas giant like Saturn. Prospects for life on this unusual world aren't good, as it has a temperature similar to that of dry ice.

"But the discovery indicates that the movie's iconic double-sunset is anything but science fiction," it concluded.

Well, they're the people who should know. ®