Northern stargazers in low-light environments should be able to pick up a greenish-looking space rock in the night's sky – as Comet C/2014 Q2 (Lovejoy) makes its closest approach to Earth in living memory. 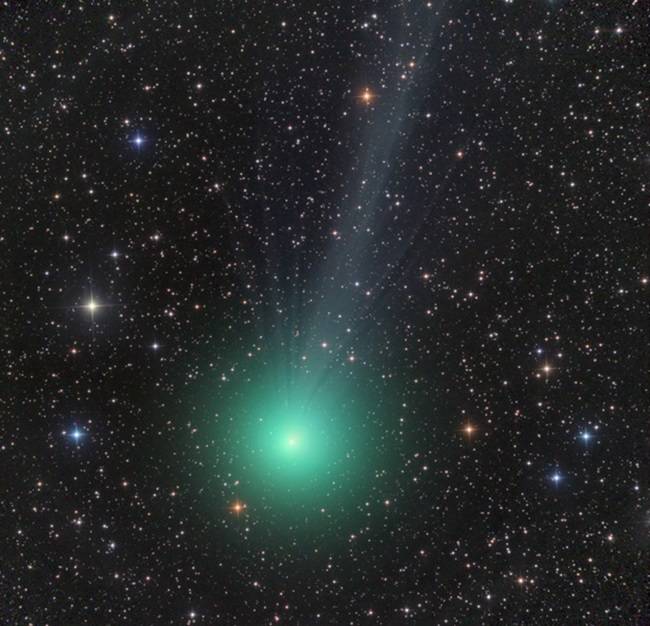 So long, won't see you later

Lovejoy, named after the Australian amateur astronomer Terry Lovejoy (who has five comets to his name), crosses the celestial equator on Saturday night, meaning it can best be seen from the Northern hemisphere. It's about 70,200,000 kilometers (43,600,000 miles) away at the moment and gets its greenish glow from diatomic carbon gas fluorescing in the sun's light.

The comet is still falling towards Sol at present and will reach its closest point to our neighborhood star (the perihelion) on January 30 before heading out into space again. After that closish encounter it will gradually grow dimmer and be lost.

Comet C/2014 Q2 is a very rare visitor – the last time it was in our neck of the woods was 11,000 years ago and it won't be back for another 8,000 after interacting with the gravity of objects in the Solar System which have tweaked its orbit slightly.

The comet can be found just beyond the belt of Orion, and is now in the constellation Taurus. It should be visible to the naked eye, but star fans get a much better view of it with a telescope or good pair of binoculars. ®