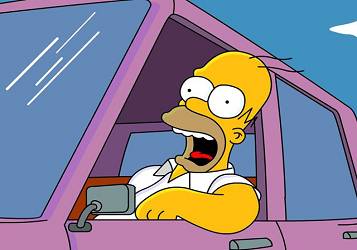 Get a driving licence before you go to South Africa, as passing the test there not humanly possible, essentially as it's a mechanism for extracting retake fees from young people and tourists

The Register: What advice would you offer someone considering the same move?

Lawrence Hunt: No matter what it takes, get a driving licence before you go. Passing the South African driving test is not humanly possible. The driving test is a mechanism for extracting retake fees from young people and tourists.

It starts with a 64-point inspection of your vehicle. Miss a point? Fail. Do a point out of order? Fail. Inspect a point but your vehicle isn't up to standard? Fail. During the test is even worse. More than 30 seconds between mirror checks? Fail. Lack of attention because you're checking your mirrors? Fail. Allow your handbrake to make a noise? Fail.

There's no appeal process, the only way is to retake the test - and pay the fee again. This is the reason that South Africa has the highest rate of unlicensed drivers in the world.

The Register: What can one get up to in South Africa on the weekend?

Lawrence Hunt: In the cities, the same things as everywhere else - bars and clubs abound. Along the coast, there's plenty of sporting activities: surfing, diving, whale-watching, shark-cage-diving. Out in the countryside, you're more on your own, but there's no shortage of zoos, parks and wildlife reserves.

Under no circumstances should you go into a township bar. These illegal taverns (shebeens) are dangerous, dangerous places.

One thing I enjoyed on the weekend when I was living in Queenstown was driving down to Jefferys Bay and going surfing. It's about an eight-hour round trip, but fuel is cheap and the waves are immense.

The Register: South African “Biltong” - a form of beef jerky - is apparently a love/hate thing. Discuss.

Lawrence Hunt: Biltong - proper biltong - is divine. Proper biltong takes six weeks to make, lasts for months and is what they give the mountain rescue dogs instead of brandy bottles.

The cheap stuff you can buy in Tesco here? Don't do it, it tastes like cardboard covered in the ashes of your spiced-meat-jerky dreams.

HOWEVER, if you want a South African dried-meat product, the thing to get is called droëwors (dry-vors). It's basically boerewors sausage (lamb, beef and pork) dried to almost nothing and sold for tuppence. It keeps for weeks and tastes delicious.

Unlike biltong, it tends to not be as heavily spiced, and because it's a natural stick-shape it's easy to eat while driving. South Africa is huge, there's lots of driving.

The Register: Give us a feel for the new South Africa? How integrated is it these days?

Lawrence Hunt: Depends entirely on where you are. In Central (Cape Town), it feels just like London, but even in that huge cosmopolitan city there are still huge areas that are racially segregated.

Mitchell's Plain, for example, is a part of Cape Town with the population of Coventry but about a third of the land area, and is populated pretty much exclusively by coloured people. ("Coloured", in South Africa, is a distinct racial group, separate from black or white).

And while you do get black people living in what used to be white areas, you never, and I mean never, see white people in a township.

There's also the issue of racial tension beyond just geographic legacies of apartheid. For example, national President Jacob Zuma has an anthem, “Umshini Wam”. They sing it at his rallies, they sang it outside the court when he was on trial for rape, he sings it on national television. It used to be the anthem of Umkhoto we Sizwe, the militant arm of the African National Congress. Translated, it means, "Bring Me My Machine Gun".

There's the white response, which is a song by Bok van Blerk, called Del La Rey. Koos de la Rey was a Boer war hero during the Second Boer War, and the song (which is in Afrikaans) is ostensibly about fighting the British oppressors but is widely considered to be a call to arms to fight the current, black, oppressors.

The lyrics talk about fighting the "khakkies" (the British wore khaki uniforms), which sounds an awful lot like "kaffirs", an incredibly loaded term for black South Africans (in fact, the use of "kaffir" is illegal in South Africa, like waving swastikas in Germany). It's often sung at Afrikaner rallies, followed by Die Stem, the old South African anthem. 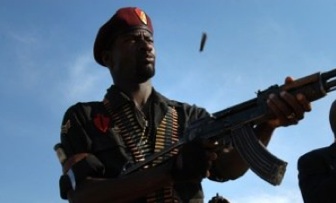 I'm reading back over this and it sound ridiculous - both sides battling with song? But the blacks genuinely fear a resurgence of white power backed by military force, and the whites genuinely fear an ethnic cleansing in vengeance for the wrongs of apartheid.

Neither group trusts the other. It's not so bad in cities, but out in the country, these are real, sincere feelings on both sides. I worked with both black and white colleagues, and we got along fine, but then they'd say things like, "of course, ten years from now when there's no white people in South Africa" like it was obvious and inevitable.

My boss was a Vrystaat Afrikaner, a proper old-school Boer voortrekker, who employed at least a dozen black people in complex technical jobs, but still considered "black people" to be mentally inferior to whites. Not Sipho or Xolele or any of the guys he knew, but black people in general. It's this unthinking, bedrock racism on both sides that you just get used to.