Tesla S P85+: Smiling all the way to the next charging point

This is a car which stands on its own merits, and doesn’t have to move into the the excuse zone of being an electric. I will however deal with the range anxiety issue (far less of a problem than in five other pure electric cars I’ve driven). This is all to do with the ratio between how much you can use it and how far you are from the nearest place where you can charge it.

So while a Nissan Leaf might say it has a range of 90 miles when you get in you drive 20 miles and it says 50, so you estimate you only have another 20 before you really have to find some charge. That means you won’t go more than 25 miles from somewhere you can be sure of plugging in. Fine for tootling around town but you wouldn’t do London to Cambridge.

The Tesla has a realistic range well of over 200 miles. The stats on the test car were 260 miles but Tesla claims that one as the press review car is well down on a typical owner’s experience. So with a range in which you could go from London to Birmingham and back without having to charge it becomes way more practical.

It also means you don’t have to charge every day.

In general, electric cars change the way you live your life, as you need to accommodate them. And while I did seek out charging opportunities that was in part because charging at home is difficult (something I would sort out if I were to buy one) and in part to see what it was like. 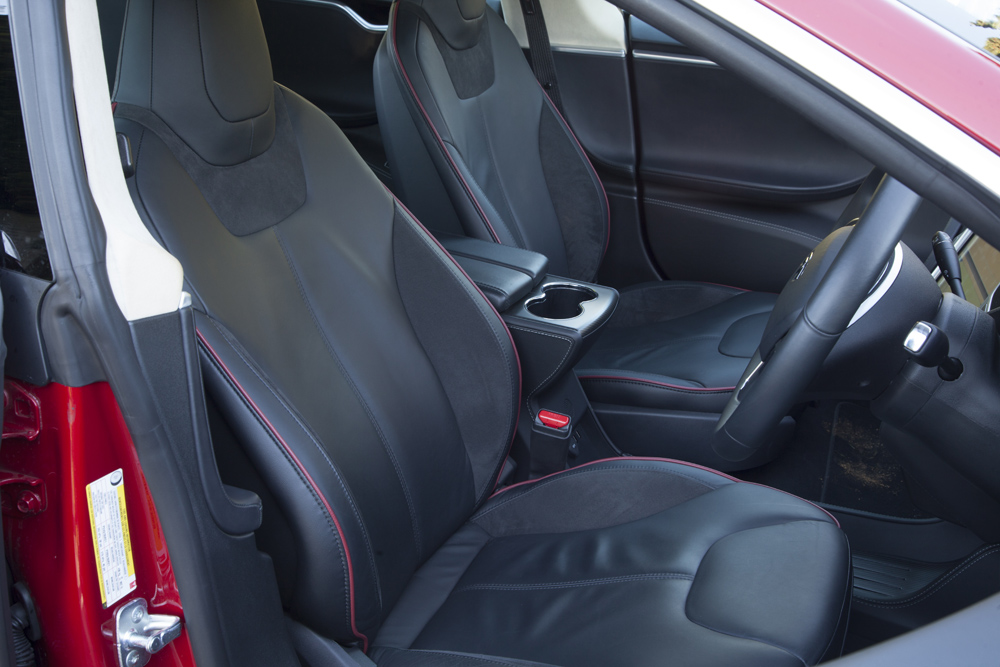 Strangely, a car which is so good at carrying things has no door pocket

Source London (a network of electric vehicle charging points) is a mess. The rules for parking are on a borough by borough basis and the Source London helpline can’t tell you from the charger number what they are or even which borough you are in.

In some places you can park for free on all (not just charging spaces) and in others you can’t even park on a charging space if it’s broken. And lots of them are broken, lots and lots. Near the El Reg office there are few spaces. Fewer still working and the majority of those in car parks where it will cost £18 for three hours to park for the 'free' charge.

At my local Waitrose I was able to charge in a space which said “Waitrose vehicles only” but only after my girlfriend very nicely asked the man who’d just put his petrol car in the space to move. I would not have been so polite, and she anticipated that.

The petrol car thing is an issue. While Tesla owners at Westfield have their own, glorious, special spaces with the Superchargers, owners of lesser ‘lectric cars have to share the 11 spaces. On one trip there was an i3 and G-Whizz and nine (NINE!) non-electric cars blocking the chargers. 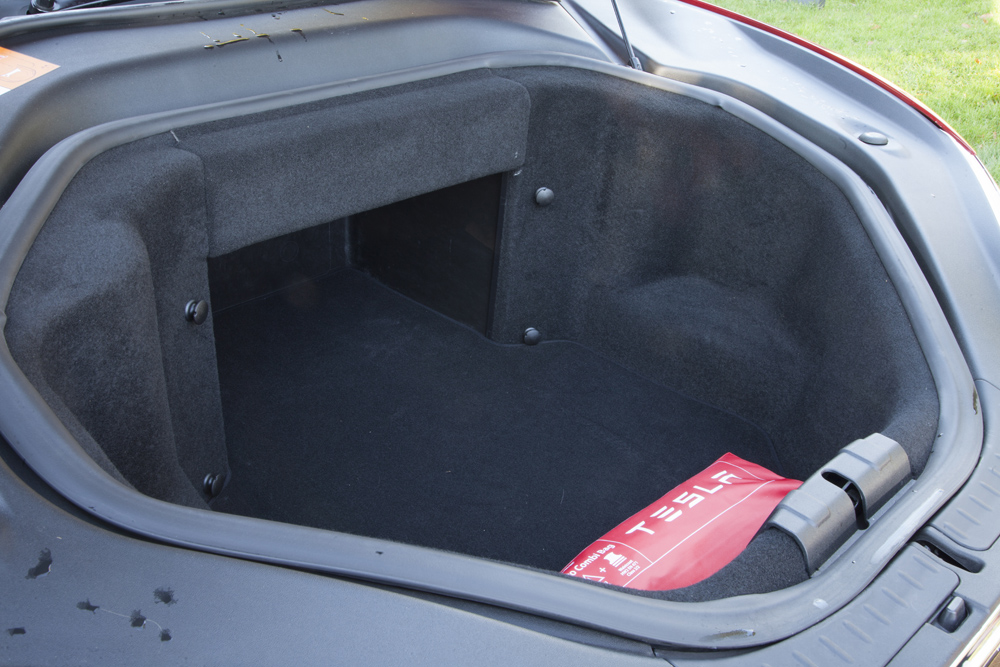 One other reason why you should take the Tesla S shopping is that it is vast. The hatch back boot has 745 litres of space, but with the seat down that’s 1645 litres and there is another 150 litres under the front bonnet. That’s a total of 1,800 litres of space, more than a small van. 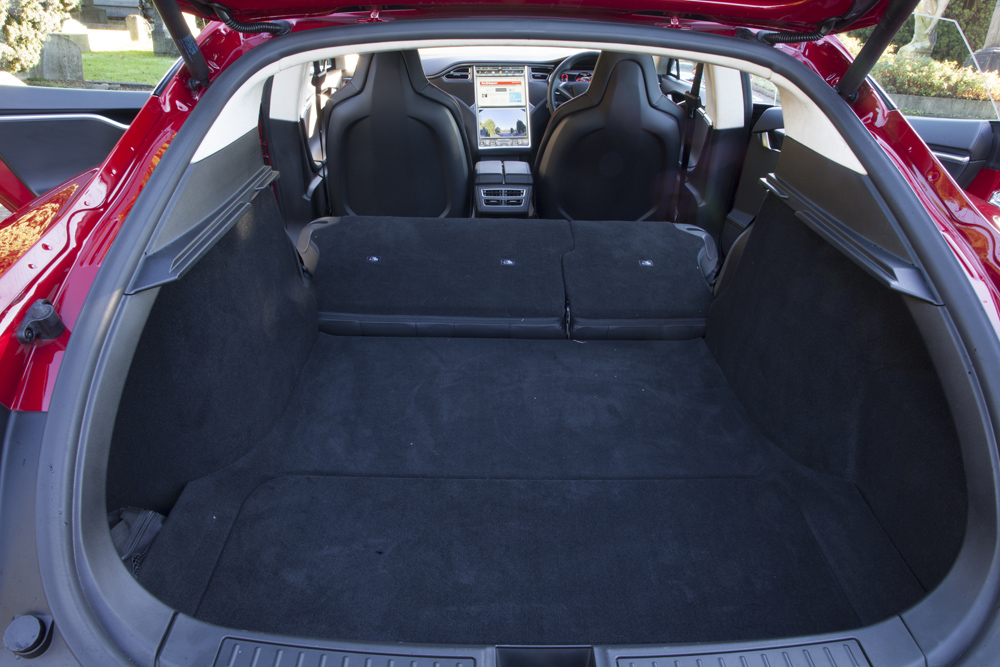 The hatch back boot has 745 litres of space, but with the seat down that’s 1645 litres, and there is another 150 litres under the front bonnet (above, left) - a total of 1,800 litres of space, more than a small van

It’s ironic that a car which is so good at carrying things has no door pockets. There is a place to put things in the centre console but it’s too big for things like phones and the keyless fob which slide around.

Next page: Like it has a mind of its own
Page: