Big Blue's biggest mainframe yet is the size of a fridge

At least twenty years after pundits first pronounced the death of the mainframe, IBM has released a new one.

Of course, the proof of the pudding will be in the market, but IBM will be hoping that the billion dollars it's poured into developing the new z13 mainframe will get the big end of town as excited as Big Blue itself is.

Ensuring that it won't be welcome in the UK after the next election, the z13 has enough grunt to handle “real time encryption of all mobile transactions at any scale” – all the way up to its claimed 2.5 billion transactions a day capacity, presumably.

The theory is that every e-commerce transaction touches off dozens of other system interactions, and that generic Intel-based systems won't scale up to handle them especially as mobility drives up the number of transactions.

As IBM's announcement claims: “z13 transactions are persistent, protected and auditable from end-to-end,” and built-in analytics let fraud detection run against “100 per cent” of transactions. 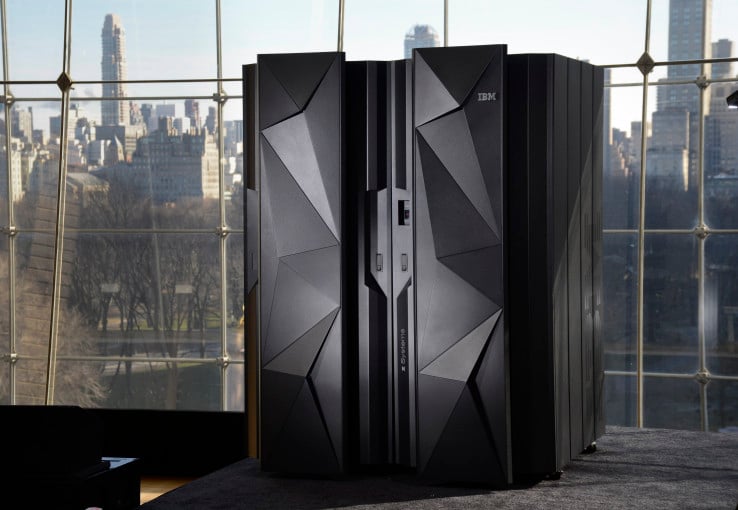 IBM's enthusiasm for open-source pops up in various spots in the release: the machine supports Hadoop for unstructured data analysis, along with DB2 BLU running as an in-memory database on Linux, and the big iron also supports OpenStack. The latter will dovetail nicely into other cloud capabilities the company is highlighting, such as the ability to run 50 virtual servers per core, to a total of 8,000.

Those last two data suggest the fridge-sized z13 will currently run 160 processor cores per cabinet. IBM reckons the processor pushing the z13 along runs at twice the speed of “the most common server processors” (nice qualification there), supports 300 per cent more memory, and with double the bandwidth and vector processing analytics.

Later this year, there'll also be a new z/OS software iteration to boost the thumper's in-memory analytics and analysis, once again pitched as a big thing for the mobile business. ®