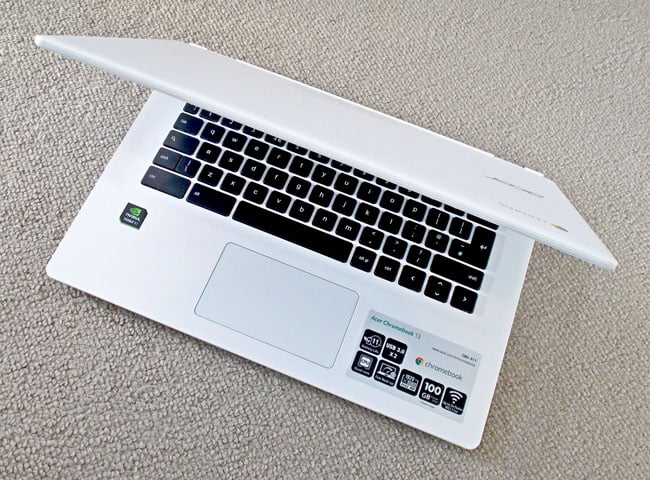 No backlight on the keyboard but for £260, what you expect?

To be honest, I’m not sure either is actually a deal maker unless you plan on replacing Chrome OS with a fully fledged Linux distro. Then the extra storage space and memory may pay dividends. May? Well, I installed Ubuntu and while it fired up A-OK, accessing the file system and getting the Wi-Fi radio to work were just two of the many bridges I didn’t manage to cross. And performance was very stodgy.

When running Chrome, the extra 2GB of RAM didn’t make the Acer feel any faster than recent Intel-powered Chromebooks from the likes of Lenovo or Hewlett-Packard. Or, for that matter, the 2GB RAM low res version of Acer's Chromebook 13. That said, the Acer 13 did feel faster than any other ARM Chromebook I’ve used. That is no doubt thanks to the Nvidia Tegra K1 CD570M-A1 quad-core 2.10GHz processor. 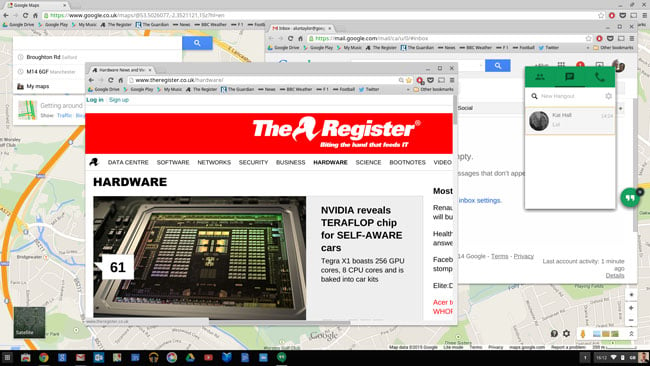 The various browser benchmarks I ran on the Acer Chromebook 13 returned scores in line with the best Intel-powered Chromebooks I’ve tested. But being ARM-based the K1 chipset uses less power, so you get a longer run time from a charge.

On the deck sticker, Acer boasts of an 11-hour battery life. Looping a 1080p MP4 video drained the 3,220mAh battery in a rather impressive nine hours 30 minutes. In more general use I found I was only recharging the Acer after every 18-odd hours of use. I’ve not had the opportunity to run power consumption tests on the lower-res version of the Acer 13 but I suspect the results would be better yet. 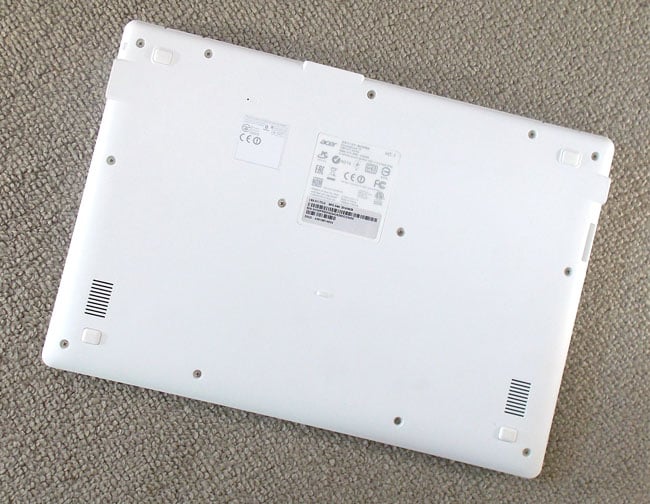 Speakers are quite good, easily opened up and then what? Note the SD card slot on the right

Anything else worth saying? Well, the Acer 13’s stereo speakers may be mounted underneath the keyboard deck and fire downwards but they still sound very good and are plenty loud enough. The 1280 x 720 webcam is nothing to get too excited about but it’s OK for a Hangouts video call. The Wi-Fi radio is a dual-band 802.11ac affair.

If you want to take the thing apart, the back panel comes away easily enough once you remove the 13 standard Philips screws that hold it in place. Just be careful of the ribbon cable that connects it to the chassis. 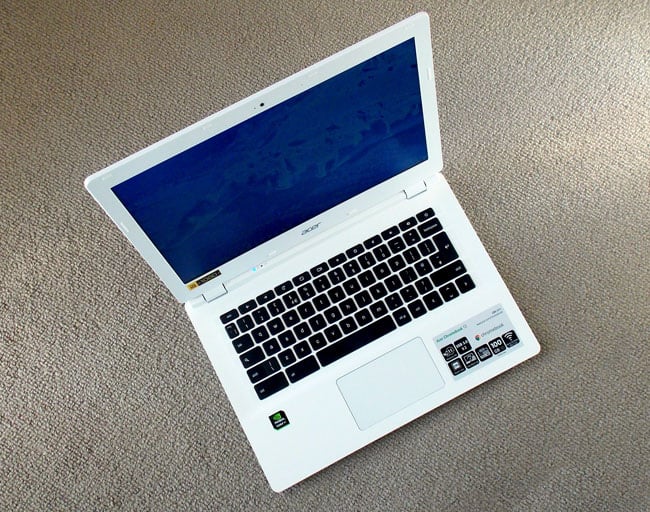 Sadly all the internal components are very well covered and secured. I couldn't even locate the SSD let alone remove it. I suspect hardware upgrades may be beyond the casual DIY-er.

Is the Acer Chromebook 13 the best Chromebook on the market? That's a tough one. I can't claim to have tried them all, but I'll admit I was impressed. So is the 1920 x 1080 version the model to get? For my eyes, the extra pixels make the menu and tab text too small on a 13-inch display. Still, the extra 16GB of storage might come in handy but having a full-depth SD card slot will plug the gap for most people. Also, I didn’t notice any extra benefit from the additional 2GB of RAM, but I suppose it adds a level of future-proofing if you're likely to hang on to it or pass it on.

Personally, I’d be happy saving a few quid and going for the 1366 x 768 version at £199, but each to their own. Acer tells me that once the retail channel is fully sorted you will be able to buy a 1366 x 768 machine with 32GB of storage and 4GB of RAM and that there’s apparently a touchscreen version coming too. Something for everyone, especially if you're likely to succumb to the rise of the Googletops in 2015. ®