Vid SpaceX boss Elon Musk has released video footage of the catastrophic attempt to land one of his multimillion-dollar Falcon 9 rockets on a floating ocean spaceport – revealing why the landing barge looked quite so toasted.

This was the first attempt to land and secure the reusable stage of a Falcon 9 rocket after it had delivered its payload to the International Space Station this week. SpaceX boffins speaking to The Register gave the machine a 50/50 chance of survival.

As planned, the rocket's lower stage separated from the upper second stage, and descended vertically under its own power, using four "X-wing" paddles on the side to maintain stability. It was then supposed to touch down on four retractable landing legs.

As we now know, it didn't work out quite like that. Instead, as the rocket approached the landing pad, as Musk explained on Twitter, the hydraulic system controlling its wings stopped working – causing the machine to tip over. 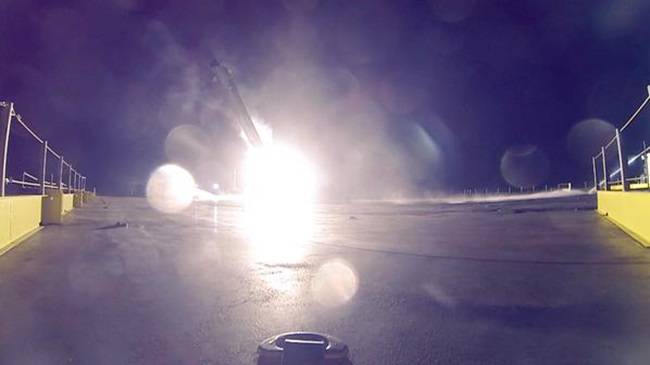 The Falcon was in its final stage of descent using a single rocket motor, and was relying on the wings for stabilization. The team tried firing up the other engines to provide more stability, but that didn't work. 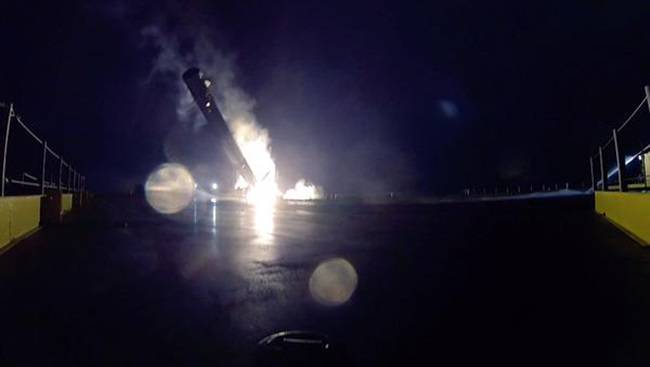 At the rocket came down harder than expected, and at a 45-degree angle, the landing legs on one side gave way and the stage smashed onto the surface of the barge, extinguishing most of them – for the moment. 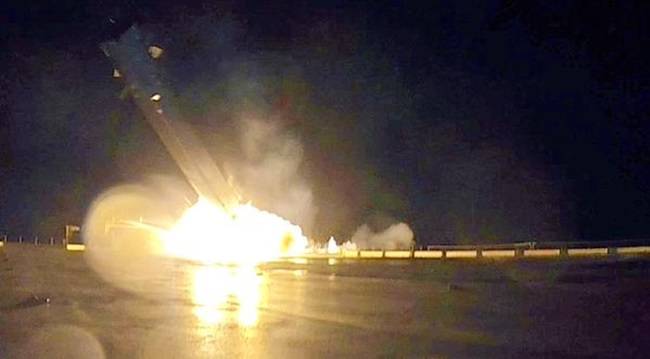 As the crash continued the remaining fuel and oxygen in the rocket combined and ignited. This sent a burst of flame from around the base of the rocket and what Musk called a full RUD (rapid unscheduled disassembly) event. The remains of the first stage rocketed off the barge into the sea. 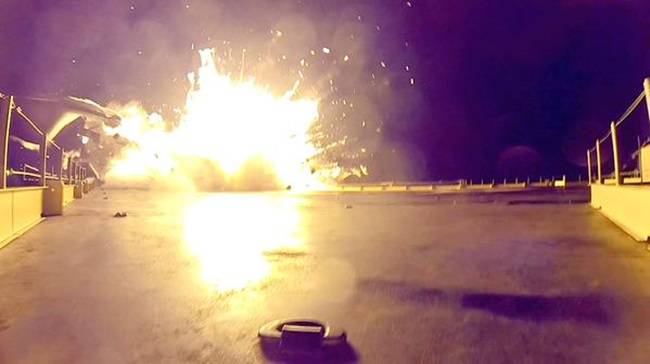 The Falcon flies - into pieces

Elon's Musketeers will try again with the next launch. Getting the Falcon to land and be reused is going to be crucial to Musk's plans for cheap orbital delivery, since the first stage of the rocket accounts for three quarters of the cost of the entire rocket (excluding payload, which is carried up on he disposable second stage.)

You may be wondering why Musk is going through all this rigmarole of landing on water – after all it's much harder than bringing the rocket down on land. Musk's video shows, when these things fail it's fairly spectacular, and he'd rather that was done safely out to sea. ®