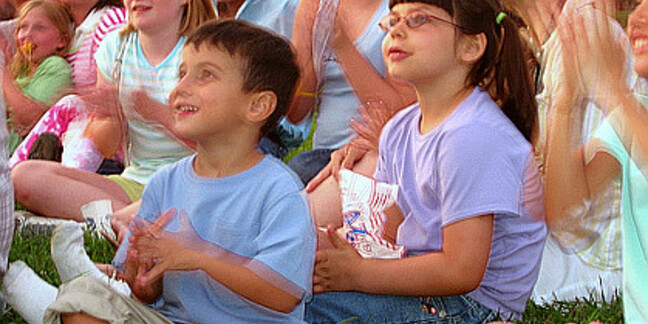 Worstall @ the Weekend Having the Daily Mail as a starting point to the edges of human knowledge doesn't sound all that likely, I know, not unless we're talking about approaching human knowledge from the outside of a story about "foreign" pomegranates causing cancers and damaging house prices. But that is how this little journey started, with this piece in the Mail.

It is one of the most debated concepts in psychology, whether altruism is a result of nature or nurture.

Now, a pair of Stanford psychologists has conducted a new series of experiments that show altruism has environmental triggers, and is not something we are simply born with.

Even more remarkably, it actually manage to get the science right as well. The paper is here.

Collectively, the studies suggest that simple reciprocal interactions are a potent trigger of altruism for young children, and that these interactions lead children to believe that their relationships are characterized by mutual care and commitment.

The interest for us is that this is another little brick in the wall of economics. No, it's not going to aid us in determining that boring stuff like interest rates or the price of the pound, but it is going to help us in our pondering of, well, how the hell does this growth and civilisation stuff happen then?

It also rather speaks to those who keep accusing economics of not being interested in what really happens, preferring instead just to play around with weird models that don't take into account what human beings actually do. You know, all this free markets (never has been one, never will be), rational expectations, perfect information malarkey.

As a scene setter, we've got something called the ultimatum game. Two students (and they tend to be rich American students, those being the sort of subjects that American professors have to hand) are given $100.

The first is allowed to split the money any way they wish and offer, say, $40 to the second. The second student then decides whether to accept the offer. If it's rejected, then neither student gets anything, if it's accepted, they get to keep the $60 and $40 to blow on blow (or whatever kids are doing these days).

If we were all economically rational (in that strict sense of economic rationality that people keep saying, rightly, economics assumes that humans are but as humans are not), then our first frat guy would offer $1 and keep $99 and our second would accept. A dollar is, after all, a dollar and a free one is a free one.

However, that's not what actually happens. A split that's worse than 70/30 tends to get rejected. People will give up $30 of free money in order to punish someone they believe is treating them unfairly. It's rather less surprising that better than 50/50 splits, such as 40/60, are almost never observed.

This was all surprising enough that it's pretty much the basis of Thaler and Kahneman's Nobel. We've discovered altruism in humans, not economic rationality (in that pure, economic, sense).

Hmmm, this is getting all a bit trickier then. One explanation that is proffered is that "see, humans are naturally altruistic therefore we must have more taxes and more government" ... for, you see, that caters to our natural altruism. That's not that easy to maintain really, as if we are naturally altruistic, then we shouldn't need to altruism imposed upon us with the aid of the compulsion of government.

We could simply leave everyone to it and that natural altruism would take care of matters for us (this doesn't mean that there might not be other reasons to have government, of course).

Next page: So what does this have to do with economics?
Page:
Tips and corrections
50 Comments

Possibly picking up China's slack. Fingers crossed for more than that!

Programming languages in economics: Cool research, bro, but what about, er, economics?

Worstall on Wednesday Let's just call it a runtime error

Built to last: Time to dispose of the disposable, unrepairable brick