'If you see a stylus, they BLEW it' – Steve Jobs. REMEMBER, Apple?

Analysis firm KGI claims Apple will offer a stylus with its 12.9” iPad. If true, this would represent a volte face for Apple, which has always derided fondleslabs that used any pointing device other than a human finger attached to a human arm.

The claims appear in a report leaked to Apple Insider. The KGI analyst Ming-Chi Kuo has come to the conclusion that as Apple has filed a string of patents for a stylus, these will, er, surface (sorry) with the new “iPad Pro”.

The report doesn’t expect the pen to be mandatory, and in a bid to keep the cost down it will be an optional extra. And we all know just how cheap official Apple accessories are.

Moreover, Kuo expects a range of pens, starting with something simple and progressing to add a gyroscope accelerometer which will allow users to write on the iPad without actually writing on it. With a gyroscope the pen could be used to allow writing on other surfaces or free space, also know as “3D handwriting”. 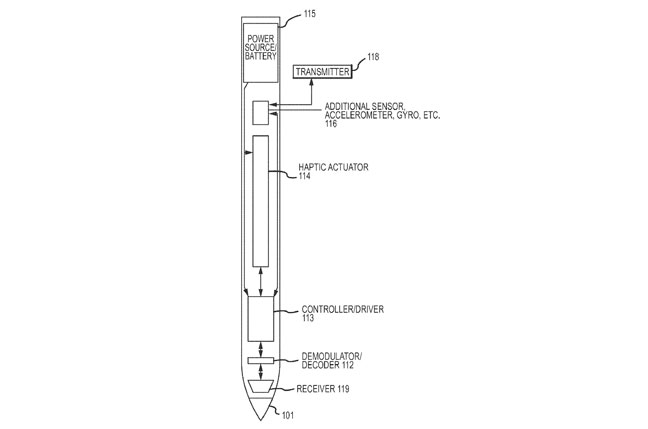 Could this be the new, hi-tech stylus for the new “iPad Pro”?. Possibly just one of an up-and-coming range

In 2009, Apple applied for a patent entitled “Method and Apparatus for Acquiring and Organizing Ink Information in Pen-aware Computer Systems”, and in 2010 there was a patent for a communicating stylus.

Apple has looked at the problems of emulating a “pinch” function by having an extendable nib.

Whichever bits of these patents, or other technologies Apple chooses to use, it flies in the face of Jobs saying a finger was “the best pointing device in the world”, and that “Who wants a stylus? You have to get ‘em, put ‘em away, you lose ‘em, yuck. Nobody wants a stylus.” ®