Latest menace to internet economy: Gators EATING all the PUSSIES 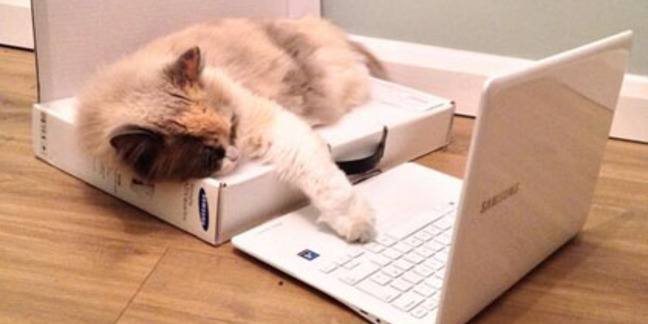 Forget Norks, hacktivists and global cyber criminals, a far more clear and present danger is now threatening the future of the internet: a giant cat-eating alligator.

As any student of the digital era will know, the sole reason that Tim Berners-Lee invented the web was in the first place was so people could eventually share copious cat pictures, and then videos. Currently there are half a billion kitty related search terms on Google.

But now that entire economy is about to be destroyed: one cat at a time.

Last week an eight-foot alligator was found next to the carcasses of two cats in the back yard of a suburban Los Angeles house.

According to reports the alligator had been living illegally in the home since the 1970s, authorities said on Thursday.

Although there is no definitive proof the animal is guilty of the feline killings, the circumstantial evidence does not look good for the alligator.

Police are investigating whether the croc is part of a global network. ®

Beast of a box

Something for the Weekend, Sir? How long have you been having these delusions?

ANIMALS being CUT UP to make Apple Watch straps

Ostriches, alligators, snakes and even sharks are fair game