Analysis With more individuals than ever posting their words and pictures to social media and sites like Flickr, you may think it's an odd time to weaken the copyright controls and protections we have over our work. Yet Europe has got itself into a unique pickle over copyright – and it was advised this week to slash such protections as European citizens enjoy today.

These protections stop us being ripped off by unscrupulous media companies and tech giants - who want to exploit people's work while paying nothing - and they tend to be respected by courts.

Europe's only remaining Pirate Party MEP, Julia Reda, was given the job of reporting on the state of European copyright law to the legal committee of the European Parliament. Several sources tell us that the offer was made so that Reda could do less damage to the process later on – and she would have been tactically wise to turn it down.

One observer summed up why they believed Reda's proposals were headed for the Brussels wastebasket, quipping:

"You don't reform the Single Market by getting rid of the market."

"A lot of the report reflects the view that once if you've created something, I ought to be able to take it and make money from it, whether you want me to or not. I think that's unacceptable and most people find that unacceptable too."

Why are we here?

The new European Commission has vowed to re-examine copyright law in the name of improving the Single Market, with draft recommendations to be made within six months. The last commission spent 18 months looking at copyright for the same reasons and concluded Europe didn't need to throw the IP baby out with the red-tape bathwater – but did say that it could do with some useful measures to stimulate supply-side reform, like the UK's copyright hub.

This didn't please the sprawling "Commission for a Digital Agenda" (DG-CONNECT) apparat, which has adopted a carbon copy of Silicon Valley's Google-centric agenda. The DG-CONNECT eurocrats favoured a slash-and-burn approach.

When the EU's Michel Barnier, Commissioner for internal market and services, concluded that balance was needed and rejected (PDF, 190 pages) some of DG-CONNECT's more naive proposals (like a "User Generated Content Exception", which would have ensured nobody got paid for their work), "Steelie" Neelie Kroes' DG-CONNECT allies leaked the draft.

The new commission has promised to do something to keep them quiet. But it may be much less than they wish for. 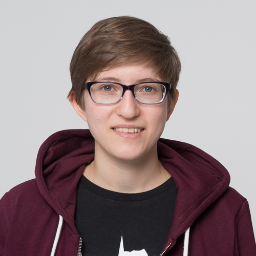 A picture is worth a thousand words. So here's Julia Reda – now Europe's only Pirate Party MEP

Reda's report (PDF) (press release here) recommends centralising member states' laws from the top down, with "a single copyright law to rule them all" – aka "a single European Copyright Title based on Article 118".

"Member states would lose much of their autonomy," one lawyer and authority on implementing the Copyright Directive told us. "It would take 30 or 40 years to negotiate and would look something like a Franco-German compromise."

Even optimists think that such a process would take at least 10 years, and wouldn't look any more coherent than what we have today. Whether there will be an EU in its current form in 10 years is debatable.

So Reda's report was probably always destined for the wastebasket – and critics say it's just what was expected from an everything-for-free believer with no job experience outside political activism. Reda doesn't make proposals that could "stimulate commerce" – which was the commission's original brief. She recommends that protection of copyrighted works should be weakened wherever possible. Where the law can't be changed – because of international treaty obligations – it should be interpreted in a new way, in favour of anyone except the creator.

For example, the IP equivalent of the medical Hippocratic oath ("do no harm") – the Berne Three Step Test – should not mean what it says, Reda urges. She wants the EU to introduce "guiding rules for the interpretation of the Three-Step-Test", so if there are broader (undefined) social concerns of "fairness", then harm should be discounted. Other activists, such as blogger Mike Masnick, are cited as experts.

Next page: What do Pirates do? They STEAL things, in case you're forgetting
Page: