Lefties rejoice: You can use either hand

Review Over the years a plethora of keyboard alternatives have crossed the El Reg hardware desk, but none has had the utility, or longevity, of the Handykey Twiddler. This third incarnation has been a decade in the making, and arrived a year late, but with small hands and a willingness to learn it could make wearable computing practical. 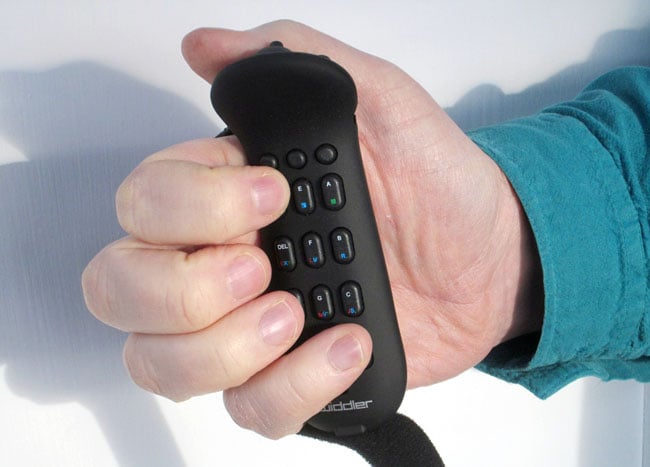 The Twiddler III – does it grab you?

The first Twiddler was launched in 1992 by the HandyKey Corporation, who evolved the product and sold a few thousand every year for the next decade. Sales depended on the changing fashion in wearable computing, and with only one product HandyKey struggled to survive. In 2007 the Twiddler had reached version 2.1 but still used PS/2 connectors and lacked the wireless connectivity which it so obviously needed.

Canadian outfit Tekgear bought Handykey in 2007 and set about creating a new Twiddler for the new wearable market. Crowdfunding was considered but rejected, as the project was a labour of love which might never bear fruit. Offering discounts to the early adopters (who might be the only adopters) seemed insane, so development crawled along funded by a single customer until the Twiddler III finally shipped late last year.

The concept remains unchanged – 12 keys are pressed in combinations (known as "chording") to enter alphabetic letters. Four keys in the back provide Shift, Control, Alt and Number shift, and an eight-way pointer provides (primitive) mouse control. Connectivity is by Bluetooth, or Micro USB, with the latter recharging the battery which lasts longer than I've had time to test.

However it is connected, the Twidder requires no special drivers, so should work on any platform. A web-based tutor provides lessons in Twiddling, and a toolkit for customising the chords available, but neither are particularly necessary if one is working in English and committed to the task. 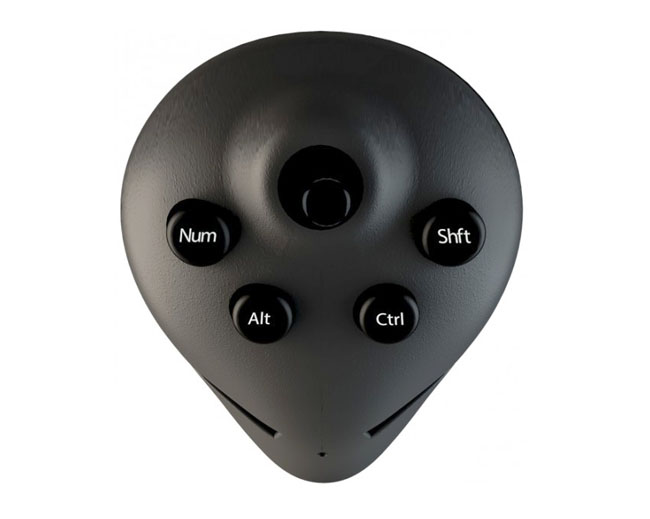 Learning to chord is painful, particularly for those who can already touch type, but the rewards are considerable even when sitting at a desk. To be able to slouch back in one's chair and sip coffee, without breaking stride, is undoubtedly cool, even if one's typing speed is somewhat compromised.