First look During Microsoft's Windows 10 preview day, select groups of hacks were stripped of any recording devices or cameras and sent down into the bowels of Building 92 of Redmond's campus to try out the software giant's new "hologramatic" wearable – dubbed the HoloLens.

The headset fits glasses over your eyes and projects holograms into your field of vision – but not all of it. A rectangular box appears in front of you onto which the images are displayed (along with, briefly, a Windows logo), and you can see reality beyond its borders using peripheral vision, so it's not so much hologramatic as augmented reality.

This is a huge advantage over the design of Facebook's Oculus Rift, where you are effectively blind when using the headset. With HoloLens it's easy to see where you are and walk around, moving your head, then stop and focus in on the central display – all of which made the system very easy to use in no time at all. 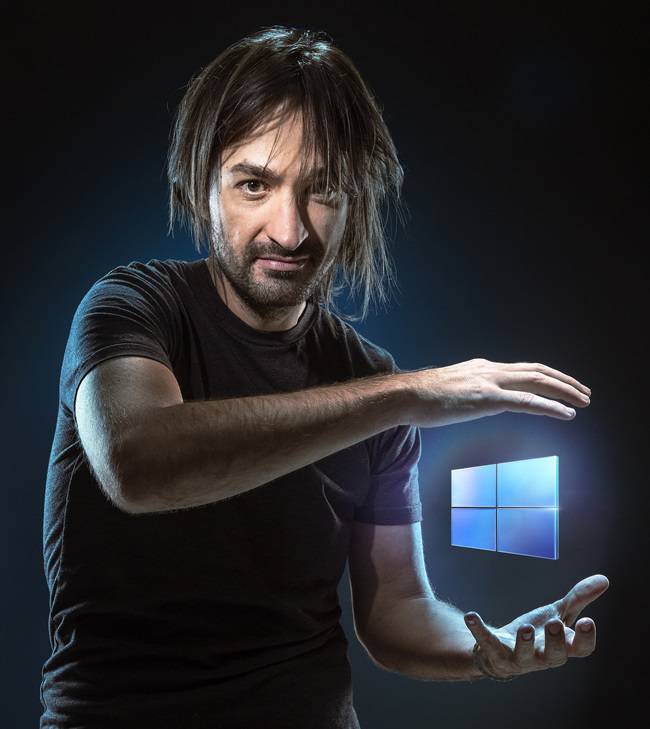 Basically, the HoloLens a very nifty image projection headset with Kinect tech built in, and Microsoft technology fellow and Kinect wunderkind Alex Kipman introduced a prototype of the HoloLens headset during Wednesday's keynote. His unit was a snazzy black headband with aviator-style bubble lenses, built-in stereo headphones, and a sleek and futuristic look. This wasn't the version used in the demonstrations, however.

The demonstration units used a much more primitive system of straps and a screw-tightened headband holding large double lenses within a wiring framework. The system was powered by a battery and processor pack that was worn around the neck, which was approximately 2" × 6" × 12" and felt like it weighed about a pound. Three fans on the top of the unit worked overtime during the demo.

Microsoft had four HoloLens demonstration "experiences" to try out. The first, Holo Studio, was a design system for building 3D objects using parts and coloring options displayed on a Photoshop-style menu.

The system has some advantages for 3D design, notably the ability to manipulate and control the orientation of created objects by changing the position of your head. MS claimed Holo Studio would speed 3D design times considerably, and by way of example, it handed out an astronaut koala bear USB stick that one designer had already put together using HoloLens. 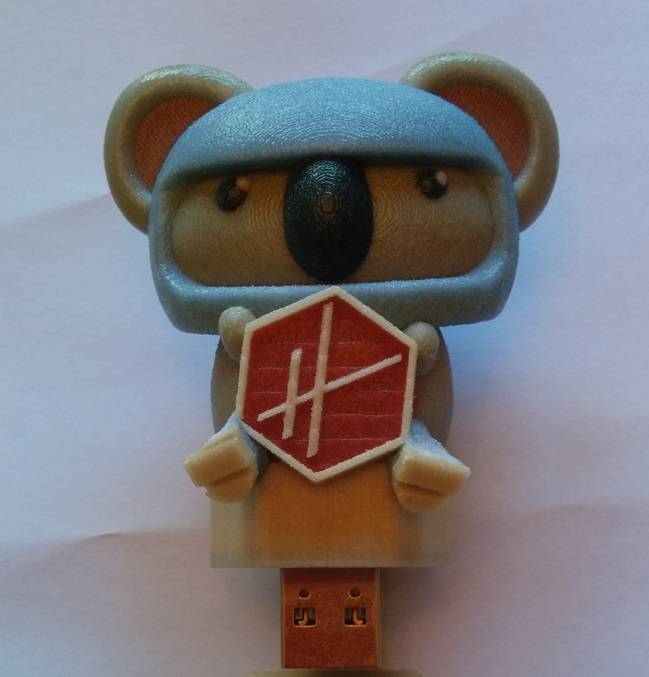 Space Koala: a basic start for 3D design with HoloLens and Holo Studio

The second demonstration involved using HoloLens for a Minecraft-type game, where hologramatic game graphics were projected onto furniture. A wooden bench, with the glasses on, became a Minecraft landscape and simply by saying "shovel" you could dig a trench in the wooden top. On the wall, some virtual explosives had been set up. When they blew, they made a hole through which you could look in as bats flew out around you. 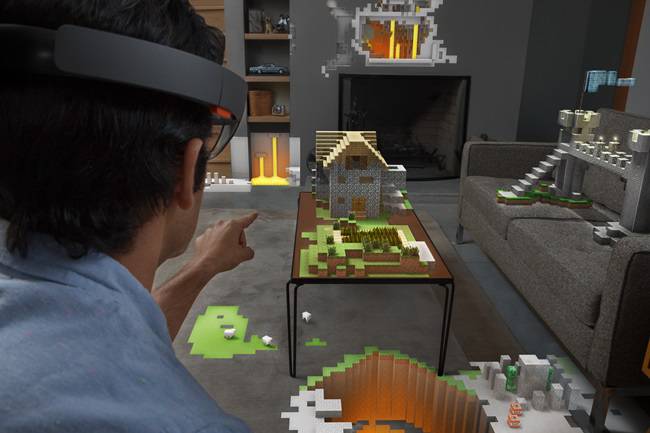 Don't sit on the castle – it's not really there

What makes this so much better than a mouse and a screen for playing such games is that by using HoloLens to prescan the furniture you can play games on objects around the house. It should be possible to have an excellent game of Counter-Strike in someone's home with the right programming, although the constant full-movement finger clicking could be a pain compared to a mouse. 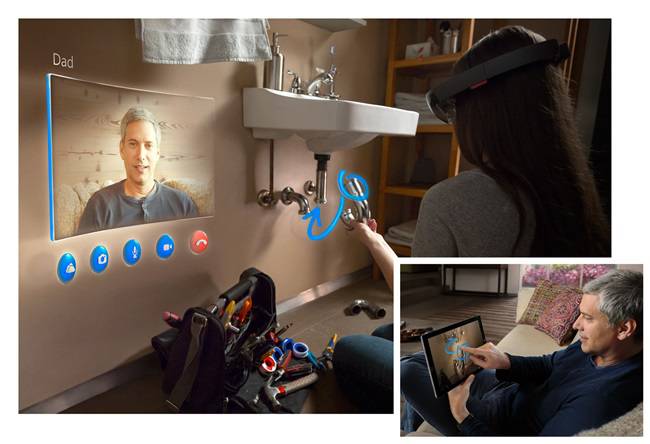 Your Reg hack had to miss the third demo for time reasons, but it involved a HoloLens-enabled Skype call that allowed the callee to add annotations to the view of the caller. The example used was a wise old father showing his daughter how to plumb in a U-bend to her sink.