Bloke claims someone paid him 85,000 for a web glitter bomb factory 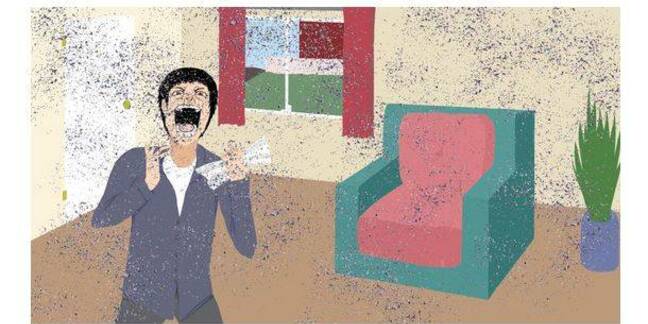 We are all in the wrong business, it seems. An Australian man is bragging that he just bagged $85,000 by selling a new website that claims to send out packets of glitter to people.

Mathew Carpenter, 22, says he sold off ShipYourEnemiesGlitter.com to an anonymous buyer, who won it in an auction on Flippa.com.

As its name would suggest, Ship Your Enemies Glitter boasts it only does one thing – ship glitter to people as a jokey act of revenge. We're told buyers pay a small fee to have an envelope full of glitter and a note shipped anywhere in the world to create a messy, sparkly problem for the target.

"So pay us money, provide an address anywhere in the world & we'll send them so much glitter in an envelope that they'll be finding that shit everywhere for weeks," the site reads.

Started as a joke by Carpenter, word of mouth Reddit caused the site to go viral and allegedly rack up more than $20,000 in sales before the overwhelming demand for glitterbombs caused Carpenter to suspend the service. According to the site, it had more than 2.5 million hits in the span of four days.

"You guys have a sick fascination with shipping people glitter," he noted.

Shortly after, he put the site up for auction where it received 343 bids, including the winning offer of $85K. That's enough to buy 8,508 envelopes of glitter through the service.

The new owner of ShipYourEnemiesGlitter will, upon relaunching, have to compete with a myriad of copycat glitter-shipping sites that popped up when news of Carpenter's success began to circulate. Some of the sites have even made reference to the original.

While the sale price is a nice payout for Carpenter, it's chump change compared to the prices being thrown around for sites on the generic top-level domains. One registrar is charging companies $150,000 a pop to get sites on the .trust domain. ®

Carpenter has told the New York Observer that this was all a media-baiting stunt, even though it's true he sold the site for 85 grand, he did get a shedload of traffic, and seems he did send out glitter to people. Hmm.