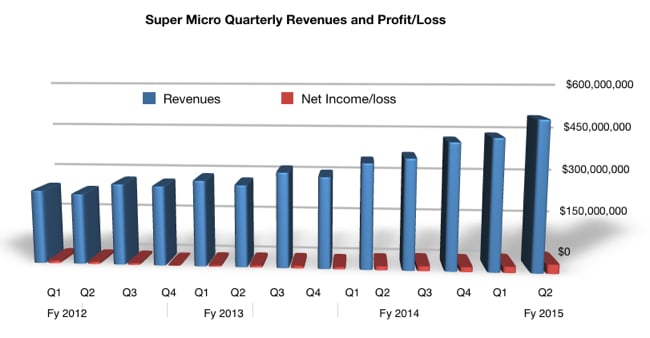 Whitebox Super Micro sells its servers to OEMs, like Nutanix, numerous storage array suppliers, such as EMC, and cloud service providers. As servers are seen more and more as a commodity, hyperscale buyers are tending to buy direct from suppliers like Super Micro and less from mainstream server vendors such as Dell, HP, etc.

The firm’s annual growth curve is steady and impressive, with fy 2014 revenues of $1.47bn: 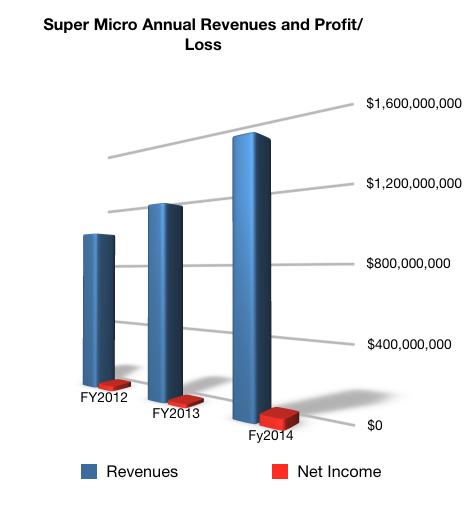 IDC’s August 2014 server tracker ranked HP the number one server supplier with 25.4 per cent of the market. It was followed by IBM (now Lenovo we suppose) with 23.6 per cent, Dell with 16.6 per cent, and Cisco and Oracle in joint fourth position with 5.8 and 5.9 per cent respectively. 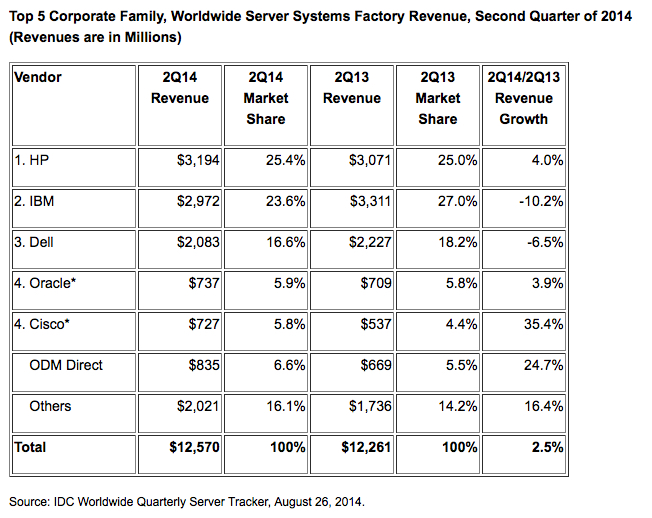 The overall server revenue growth rate was 2.5 per cent. Over the same period we calculate Super Micro revenues grew 34.4 per cent – faster than Cisco, and its growth has accelerated to 41 per cent.

Our reading of the situation is that Super Micro is going to emerge from the pack, extrapolating that growth rate, as a near $1bn/quarter company in two quarters’ time, potentially overtaking Cisco and Oracle server revenues.

By adopting SanDisk’s ULLtraDIMM technology Super Micro should make its servers exhibit lower latency for data accesses to flash than any mainstream server supplier, except Lenovo which is also adopting the technology – assuming SanDisk supplier Diablo and Netlist sort out their who-owns-what-IP dispute. ®