The firm that swallowed the Sun: Is Oracle happy as Larry with hardware and systems?

One swallow didn't make a summer

Oracle-Sun anniversary One Sun swallow doesn’t make a hardware summer, and while it certainly hasn’t for Oracle, it is far from being in a hardware winter for the firm.

Oracle bought Sun so as to build integrated stack systems, its engineered product line, and improve on what it saw as the then mainstream best-of-breed component-based stack of application-through-to-server-hardware components. It needed control of its own processor, server hardware and operating system added to its middleware applications to do this.

This has been arguably largely successful – although Solaris’ role as an open-source OS alongside Linux has faltered and Linux is used inside Oracle’s engineered systems. 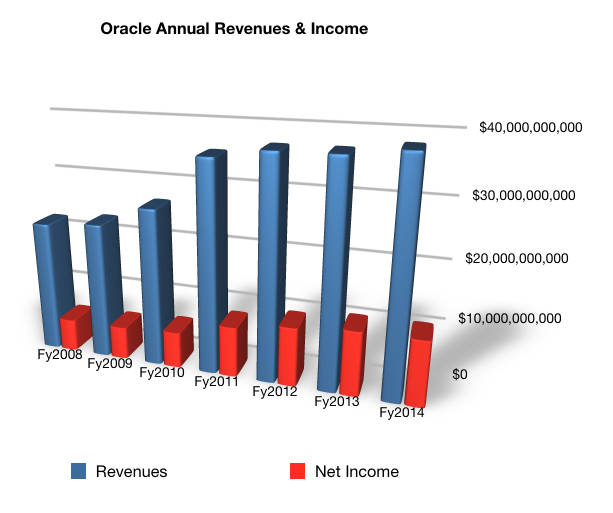 The acquisition bumped Oracle’s annual revenues up from the $22-23bn area to $27bn and then $37bn. Its challenge now is to grow that past $40bn. Although Oracle’s overall revenues and profits have grown since the acquisition, its hardware product-only revenue has trended down.

This is shown in two graphs. The first shows Oracle’s quarterly hardware product revenues since the purchase: 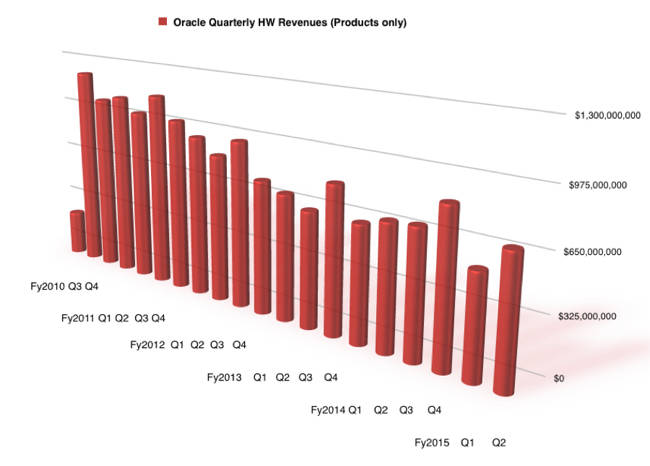 We can see a falling trend to the third 2013 quarter and then rising numbers (on annual compares) to the first fiscal 2015 quarter with a strongish rebound in the latest quarter. Can this become a growth trend for the rest of the year, concluding with Oracle’s seasonally higher fourth quarter? That would be some turnaround.

The second chart shows these hardware product revenues represented as a percentage of Oracle’s overall revenues:

This shows a steady series of falls that flatten out and then an upturn in the latest (second fiscal 2015 quarter) revenues. As Oracle’s cloud-based revenues rise, they could depress hardware revenues as a percentage of overall Oracle revenues.