Comet 67P/Churyumov-Gerasimenko is shedding four years worth of accumulated dust as it hurtles towards the Sun, say scientists after studying the output of the Rosetta spacecraft's COmetary Secondary Ion Mass Analyser, aka COSIMA.

A gaggle of astroboffins have penned a letter titled “Comet 67P/Churyumov-Gerasimenko sheds dust coat accumulated over the past four years” for Nature in which they analyse the many grains of dust that have bumped into COSIMA's “target plates”, 1cm by 1cm plates on the instrument's exterior designed to catch cosmic dust. Once a mote is detected, COSIMA (depicted at the top of the story) unleashes a microscope, mass spectrometer and ion gun to figure out what they're made of. 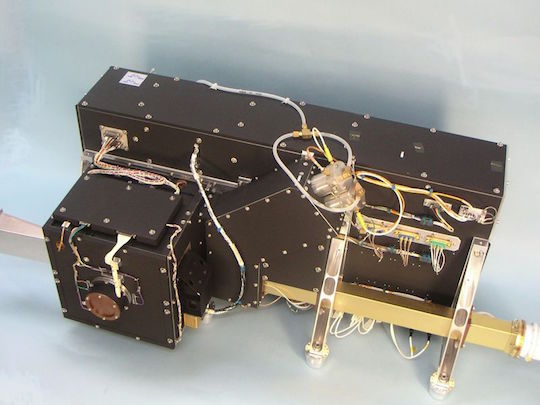 The COSIMA instrument used aboard Rosetta

The Nature paper reports on data sent from COSIMA between August and October 2014, during which time Rosetta orbited 67P at 30km or less.

The letter explains how many of the grains shattered when they hit the plate, suggesting an absence of ice as if frozen liquids were present they would bind small grains together. COSIMA also found that many of the grains it collected were rich in Sodium, as was the case in samples analysed from Comet 109P/Swift–Tuttle and 55P/Tempel–Tuttle. 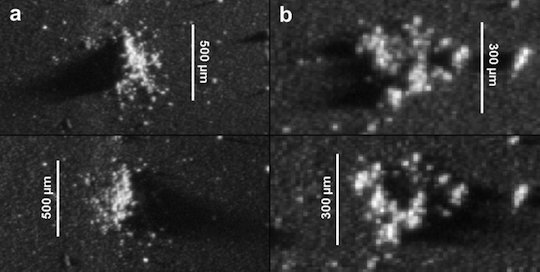 The letter suggests that the grains observed may have survived 67P's last encounter with the Sun and that “The particles collected to date therefore probably represent parent material of interplanetary dust particles.”

“This argues against comet dust being composed of a silicate core mantled by organic refractory material and then by a mixture of water-dominated ices.”

The authors still think that icy material will be found in coming months as the “fluffy” grains are stripped away and denser ice-bearing particles are exposed to the Sun's energy and start to fly off into 67P's “coma”, as has been observed on other comets as they swing around Sol. ®