Domain giant: You'll still see us in the Big Game 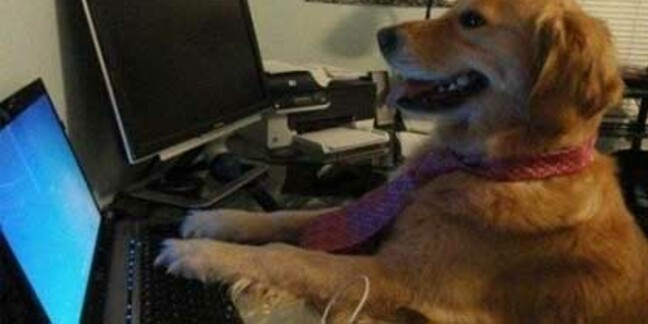 Domain registrar, web hosting company and now seemingly heartless facilitator of dog trading GoDaddy has pulled a Super Bowl ad depicting the sale of a puppy online, following a string of complaints that it might lead to mass dog farming.

The ad featured owners happy to see their puppy after it had gone missing — but only because they had sold it on a website built using GoDaddy.

A preview of the commercial ignited huge controversy, and a Change.org petition complained the ad would encourage a private breeding market.

The large petition platform said: "It [GoDaddy] is also encouraging purchasing an animal online; the animal could be sold to someone who runs a fighting ring, someone who abuses animals, or to someone who cannot adequately care for the animal. Animal rights are no laughing matter, and to portray them as such is cruel and irresponsible."

In a statement, the domain goliath said the responses to its ad were "emotional and direct".

"Many people urged us not to run the ad," it added. "The net result? We are pulling the ad from the Super Bowl. You'll still see us in the Big Game this year, and we hope it makes you laugh." ®

1% of 1% of users affected, but as it's Google that's still in the six figures