Moniker re-emergence the final unravelling of a doomed deal 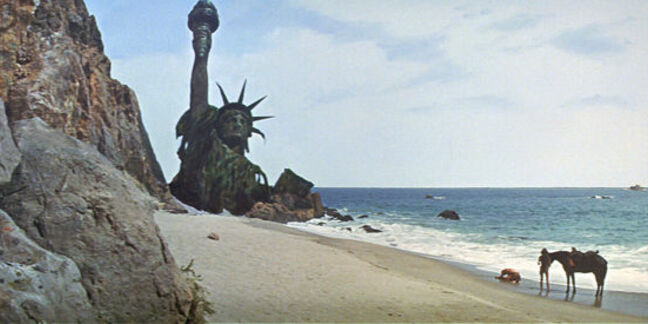 Bisecting Symantec has decided after much deliberation the Veritas brand - the one it torched years ago - will be the monicker for the Information Management business when it splits from the mothership.

Security biz Symantec paid $13.5bn for Veritas at the end of 2004, thinking that storage plus security would make a powerful force, but that dream ended last October when it launched plans to separate them.

The two independent, publicly traded entities are due to emerge before the end of this year, with management teams starting to be put in place.

Earlier this week, channel sources told us of the new name change for the storage arm, and Symantec confirmed today it has opted for Veritas Technologies Corporation.

This is an obvious choice, and will probably require less marketing dollars than promoting an entirely new brand, which some expensive management consultants may have been employed to concoct.

But the excitement doesn’t stop there; the old black all-caps serif font "VERITAS" logo has been ditched in favour of a red rounded serif font version. SHIT.

Symantec went into full-blown market-speak guffery talking about the new logo, opining that it “was influenced by the concepts of open, heterogeneous technologies that are required to harness the power of information, principles that are core to the future strategy of the new Veritas Technologies Corporation".

And now the requisite canned quote: “While the name recalls the company’s heritage, the new logo signals that Veritas is ready to solve the most critical information challenges facing our customers today and tomorrow," said Symantec CEO Michael Brown.  Err, hang on, you've just just changed the colour and the font. All it immediately symbolises is a cheap re-jig and an inability to write a capital letter A (and presumably an accompanying inability to recognise the Greek letter Lambda).

That number really does exemplify just how much of a failure Symantec has been as a Veritas owner – the revenue it made in 2004, the acquisition year, was $2.04bn. Ten years later and, taking inflation into account, the revenue number has barely changed.

It will develop its products, extending current capabilities, leveraging IP and building new coordinated architectures, to provide "new information availability and insight technologies that will help customers further unlock the value of their data to help drive business productivity".

There should be a stream of Veritas product news throughout 2015, although the formal split, and creation of Veritas Technologies Corp, won’t take place until the end of the year.

We still don’t know who its CEO will be, with Symantec EVP John Gannon being the Information Management business general manager for now.

With nine years at Symantec, seven years at Quantum, 17 at HP and a stint in the USAF from which he retired as a Lieutenant Colonel, we’d respectfully suggest he is maybe too long in the tooth to be the new Veritas CEO. ®