Powering the Internet of Stuff – by sucking electricity from TREES

Where are my generating wellies?

Feature Despite regular headlines about self-powered gadgets and a deluge of stories claiming that any day now we should expect our smart phones to start gathering power from the environment around us, the promise of harvested energy always seems just out of reach. Or is it?

We may not be charging our gadgets in our Wellington boots any time soon, but thousands of sensors and switches are already casting off their batteries and going it alone.

Every year, Orange, the UK mobile operator, used to announce a new technology with which to charge mobile telephones. The release always came at the start of festival season, with enough canned quotes and photo-shoots with pretty girls to appeal to the laziest of journalists.

In 2011 we brought you the news that t-shirts could collect power from sound waves, in 2010 it was wellies with a charger built into the heel, 2009 predicted tiny windmills everywhere, and in 2008 we would be charging phones through the power of interpretive dance. Yet, despite all of that, we're still lugging mains-powered chargers around the place.

The problem with energy harvesting is that there really isn't very much energy to harvest. Researchers trying to create enough power for mobile gadgets, even wearable technologies, struggle to collect energy from our movement or the air around us. Prototypes are easy, and headline-grabbing, but commercial products turn out to be ineffective, encumbering, or both. 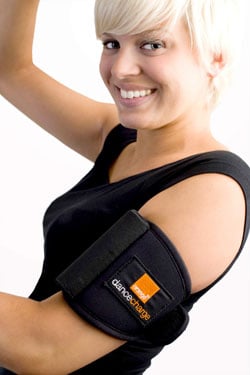 Dance Charger: she looks so comfy and stylish too

Yet there are places where energy harvesting is much, much, easier, and more useful too. A human can usually find a plug socket, and since we all started using the same cables that's got a lot easier. Yet the Internet of Things isn't about people; it's about... er, “Things” ... and they aren't always so proactive in powering themselves.

Take Awesense, the Canadian company which makes a living scattering sensors around electrical grids to see where power is being stolen from. The sensors are hung off high-voltage supply lines, and report back over a wireless mesh, so can be fitted without interrupting the supply, while Awesense takes a cut of the value of any thefts its kit detects.

The limiting factor, on the sensors, is the life of the battery which has to constantly transmit the measured current to a receiver up to a kilometre away. Awesense is, therefore, about to announce a new sensor which can induce voltage from the monitored line, harvesting energy from the very thing being monitored.

Collecting induced current from directly alongside a high-voltage wire is obviously a lot easier than eking current out of a pair of wellies, but it sill demands careful husbanding of the available energy, as the sensor must function even if the measured current is zero. That does get easier every year as semiconductor technology improves and power consumption drops. 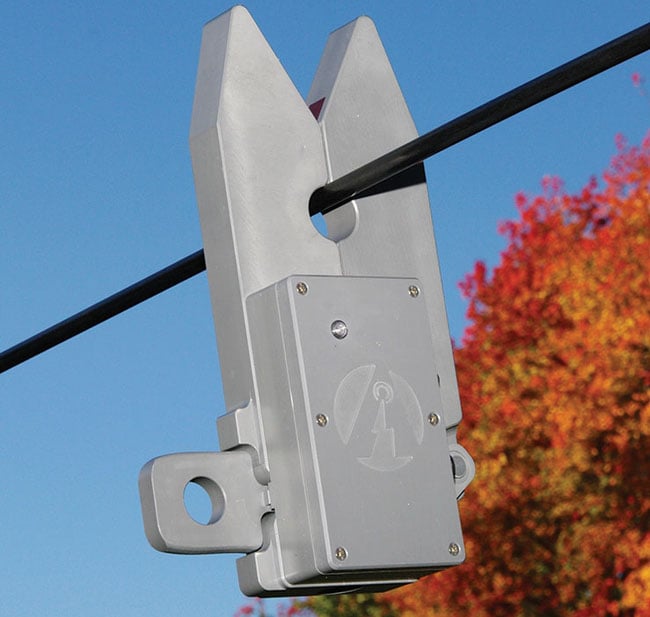 The ability to do more computing, with less energy, is probably as important as the developments in harvesting technology, in making the technique practical, but it's in the collection of ambient energy that the most interesting innovations have been seen.

Awesense is quite unique in having such a rich source of power so close by, though there is a surprising quantity of energy around the place once one starts looking.

Next page: The Sun has got his (old) hat on
Page: