Oh, and it tells the time too

Withings says the watch will automatically adjust to different time zones (once your phone adjusts itself, presumably). Being Blighty-bound at the moment, I couldn’t test this, but I have my doubts. Not, I hasten to add, because Withings is over-selling the Pop, but because of the problems I experienced getting app and watch to communicate. 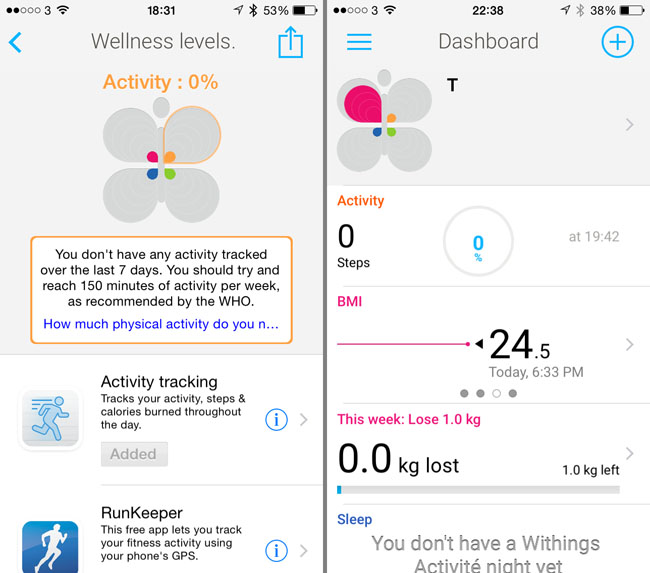 The road to Wellville

The Pop works with Withings’ cross-product app, Health Mate, which can be viewed either as a smart piece of integration or an opportunity to persuade you to buy more of the company’s products. Run first time, it encourages you to enter height, weight, blood pressure and heart rate information, much of which will be easier, natch, if you own more Withings kit.

The emphasis of Withings' app is on broader health rather than one activity, as is the case with, say, Fitbit’s app. This means Health Mate is less useful than rival offerings if you're a die-hard runner, for example. But you are supposed to be able to simply list your steps and chart them over time to make sure you’re achieving the World Heath Organisation’s recommended 10,000 a day or not. 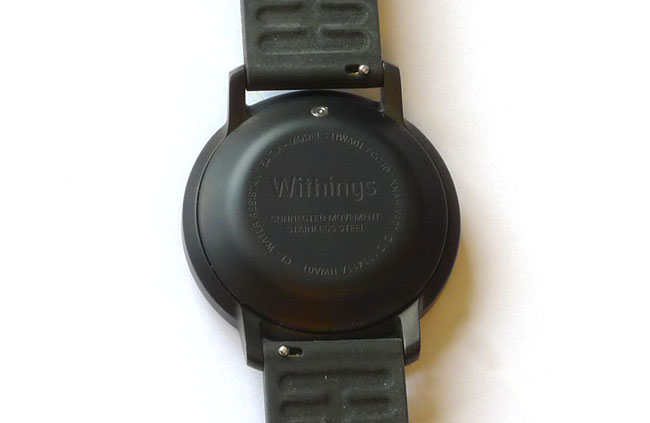 I say "supposed" because I was unable to get the app and watch to do so. Yes, the watch does track steps and does so as accurately as the Fitbit Flex I wore alongside it for comparison. The Flex has five LEDs so you can only measure your progress to 10,000 steps in intervals of 2000. If the second light is lit, you can’t really say whether you’ve done 2001 steps or 3999, though the faster the third light flashes, the closer you are to the next milestone.

The Pop, on the other hand, shows you exactly how far you’ve got: the dial is marked in 1,000-step intervals, but you can estimate in-between values at a glance. At midnight, the dial automatically zeroes. Unfortunately, you can’t set an alternative steps goal: 10,000 is the only target you’re allowed to have, but Withings is promising a software update to track swimming strokes “by end of Q1 2015”. 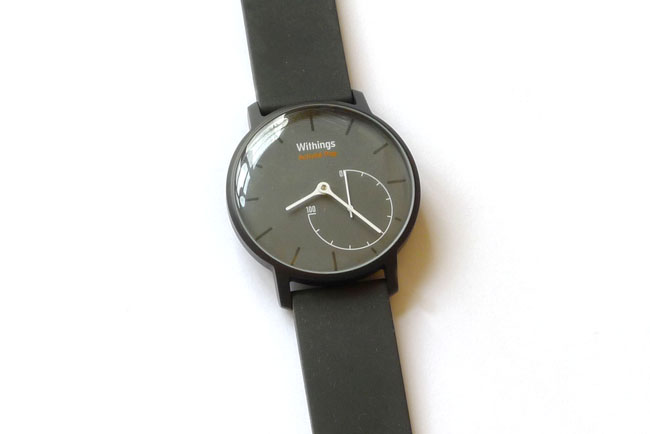 In the swim of things coming soon

Now the problem is not the dial but another part of the hardware: the Bluetooth 4.0 LE sub-system. After initially binding the watch to the Withings account you are forced to set up – I hate that, but everyone does it, alas – calibrate the hands and set an alarm, as I couldn’t ever get Pop talking to the app without a watch reset.

My iPhone 5C’s Bluetooth icon flashes on as I’d expect, but no data appears on the screen. A bug for sure, but disappointing when the Activité has been around for months, and the Pop is using the same software. Do I blame the app or the watch? Both – when app and hardware are both part of the "product", a weakness in one is a fault in the other. Another flaw: no Android support yet.

Track your jogs around the block – while those are still allowed