The attack served the Bedep Trojan to the site's 500 million viewers a month through a surreptitious exploit on the landing page.

It did not take advantage of the Angler exploit kit, where one of the latest Flash zero day flaws was found last week.

MalwareBytes researchers said the attack was simple yet effective.

"Contrary to the majority of drive-by download attacks which use an exploit kit, this one is very simple and yet effective by embedding landing page and exploit within a rogue ad network," they wrote in a post.

"Given that this adult site generates a lot of traffic, the number of infections is going to be huge." 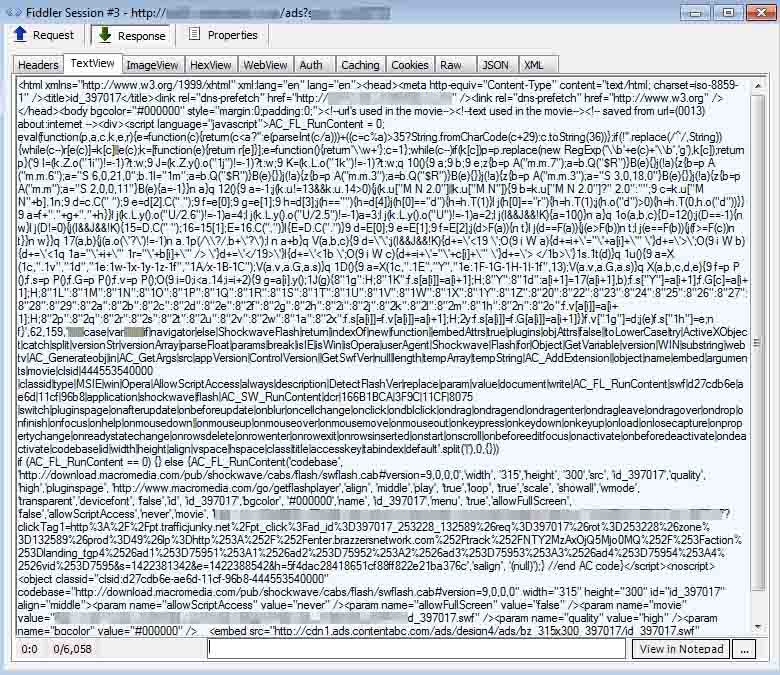 Adobe this week patched a zero day flaw it discovered being exploited in Flash, one of two found in the last seven days.

The attack, originating from traffichaus.com, was launched though an iFrame which was not detected by 52 anti-virus products, researchers said.

Infected viewers visiting the site would likely be infected with Bedep, code capable of advertising fraud and further compromise through the download of additional malware.

Researchers did not explain how they encountered the Flash zero day attack. ®

* How do we know? Alexa tells us it's more popular than El Reg.