Bitter Lake: Know your enemy? Impossible, surely, when you don't know if the enemy exists

TV Review My favourite moment in Bitter Lake – Adam Curtis' new two hour film about Afghanistan – is a clip of a posh British graduate teaching conceptual art to a class of Afghan women in traditional dress. She shows them Marcel Duchamp’s Fountain. You know – the dirty urinal. One shakes her head. The others just stare politely.

“It was a huge revolution,” the teacher burbles, in a country that’s had a few real ones. So that’s your Western culture, they’re thinking. Or maybe: what’s Mullah Omar’s phone number?*

Adam Curtis says he watched every piece of footage in the BBC’s archives and, free from the time restrictions of broadcast TV, makes it count. We see things the viewer never sees – not just grizzly outtakes, but where the cameraman is setting up, When it works it’s quite dreamlike.

The driving narrative that’s the hallmark of Curtis’ films takes a back seat in Bitter Lake. Or it doesn’t seem so central, the historical meetings from which terrible consequences later unfold™ aren’t quite so portentous. I like this slower, more fragmentary style.

Curtis says that for the West, Afghanistan is like the mysterious lake in the Tarkofsky movie Solaris. The lake mesmerises the scientist astronauts who watch it for years, and means they are no longer sure of anything. Afghanistan does the same for us. Much of what’s here might be familiar – the Soviet occupation and the recent messy history. We know Afghanistan has been a graveyard for occupying Western powers: Carry On Up The Kyber proved it. Wittily chosen clips from the film punctuate some of the narrative.

Lots here might not be familiar: the modern democratic Afghanistan that flourished in the 1960s. The well meant interventionism that created the dams also pushed up the water table, making it suitable for cultivating poppies. Heroin would later become an export. The Afghans despair that the British are unable to read the political situation. “He is the one pocketing money,” complains one angrily, “but the police are arresting me”.

It’s certainly a brave film maker who addresses the story of Saudi Wahhabism – a kind of Islamic reformation ideology born around 1700, which decreed that both Suni and Shia schools were corrupt. The Saud family has relied on the allegiance of the followers for over 200 years, and after the global economy became heavily reliant on the Gulf states, for growth. There’s a spooky clip of a dapper Sheikh Yamani, the Saudi foreign minister familiar to anyone who caught TV news in the 1970s and 1980s explaining that the 1973 Oil Crisis heralded “a new type of relationship,” between the Saudis and the West. “You have to adjust yourself to the new circumstances. And I think you have to sit down and talk seriously with us about this new era.”

Curtis is saying that we never know who the enemy is – does the enemy even exist? Attempts to simplify the picture end in disaster. Simplification is a recurring theme in Curtis films.

The economic consequences of the West/Gulf/Afghan relationship are seriously complex – and are barely touched upon – and they really need a whole Curtis series. Here, some of the simplifications caught me raising an eyebrow. Curtis is certainly right when he describes a world awash with credit, and that our current relationship with finance is one of “crony capitalism”. Failure was rewarded with bailouts, socialising the cost of the irresponsibility.

However, the creation of money markets, the relaxation of regulatory controls over the actors in these markets, all call for something sharper and more detailed. Curtis says that the 1973 crisis caused the relaxation of what he calls “political control” over the money men – but doesn’t explain what that means, exactly. When you visited Europe for a holiday in the 1970s, you could only take so much money with you. Everything had to be accounted for. If the regulation was removed, many predicted at the time, whole economies would collapse.

Was that "political control" or a regulatory hangover from World War Two? Countries scrapped the restrictions and thrived. We now know that the repeal of Glass Steagall requirements, brought in after the Wall Street Crash, led to increased "securitisation" (greater use of ingenious financial instruments), so ultimately the lenders didn't know where the money had gone. It’s hard to imagine the ruinous reliance on CDS with better regulation. Ultimately it was politicians of the Left who gave the Banks a free pass from market failure.

In another sequence, Bitter Lake argues that almost all of the UK manufacturing industry was destroyed in the 1980s by the Margaret Thatcher-led government's high interest rates, except for the defence industry. This is a myth that makes British inventors and exporters despair – they're now "un-persons", according to this account, they don't actually exist.

The industrial production story is quite different: output was higher in 1990 (a recession) than in 1979. So who benefits from perpetuating this myth? It's actually the city, the advocates of the "weightless economy", and Silicon Roundabout like Steve Bong. And a lasting consequence of the myth that Britain doesn't do manufacturing is that companies sell out before they can have a global impact: the City takes the spoils. 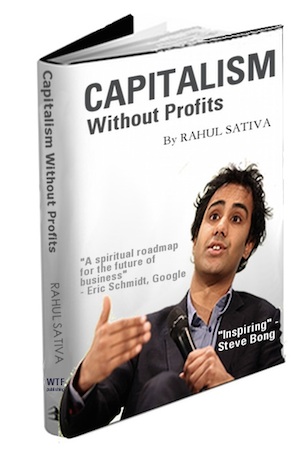 The UK does lots of manufacturing,
contrary to what Mr Bong wants you to think

Our esteemed editor’s book's exposure of the defence lobby also challenges this account. The British defence industry was vastly larger before Mrs Thatcher took power – when it employed 200,000 people. Today, twenty years after Al Yamamah I, it employs 28,000; the Conservatives privatisations laid waste to much of it. Which isn’t to say governments have notmarvelled at financial ingenuity of securitisation and been careless, or even hostile to manufacturing. Clearly they have, it’s just that the picture is more complicated.

It needs a Curtis to examine these myths, but maybe he thinks – and he has a point – that it’s not worth arguing the toss. There may be better ways of looking at the world and, in a recent blog post, he hinted at a useful one: behaviourism triumphed over politics:

“The accepted version is that the neo-liberal right and the free market triumphed. But maybe the truth is that what we have today is far closer to a system managed by a technocratic elite who have no real interest in politics – but rather in creating a system of rewards that both keeps us passive and happy – and also makes that elite a lot of money,” Curtis writes.

A great companion piece to Bitter Lake popped up on Netflix recently: the Oscar-nominated documentary Dirty Wars. You might not have heard of this – I hadn’t until this week. Which is strange for an Academy-nominated winning film. Dirty Wars is an investigative movie about the US Joint Special Operations Command or JSOC – Netflix subscribers can see it here.

Bitter Lake is on iPlayer for another three weeks. ®