PEAK WINDOWS 7 may well be behind us

Windows 7's market share appears to have peaked, according to two sources we use to assess what's running on the world's desktop computers.

Those sources are Netmarketshare and Statcounter.com, two outfits that make their assessments of operating system prevalence based on traffic hitting web servers. That's an imperfect methodology for a variety of reasons, but we're yet to find better publicly available data. So on with the show. 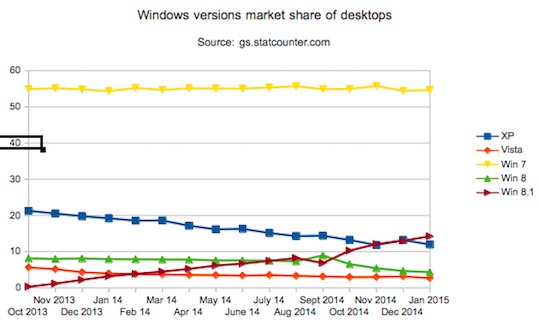 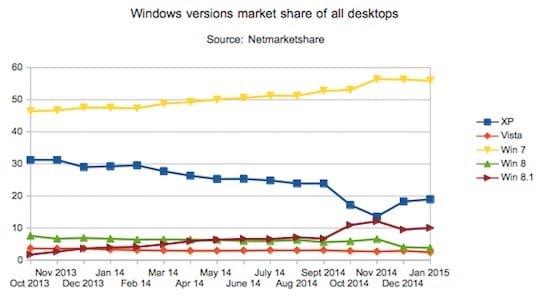 Netmarketshare also has Windows XP at 13.57 per cent, then 18.26 percent before a rise to 18.93 per cent, a step up for which your correspondent can't make a convincing argument.

We're happier hypothesising that the enterprise buyers likely keeping Windows 7 afloat have every reason to put their cheque books away because Windows 10 looks the natural heir to the business desktop, which could explain the dip. Just why XP and Windows 8.1 are behaving as they do is anyone's guess. Ours is methodological issues for Netmarketshare and Statcounter. ®