Pics The Raspberry Pi Foundation is likely to provoke a global geekgasm today with the surprise release of the Raspberry Pi 2 Model B. It's a turbocharged version of the Pi B+, boasting a new Broadcom BCM2836 900MHz quad-core system-on-chip with 1GB of RAM – all of which will drive performance "at least 6x" that of the B+.

Speaking to The Register last week, foundation head honcho Eben Upton said: "I think it's a usable PC now. It was always the case that you could use a Raspberry Pi 1 as a PC but you had to say 'this is a great PC in so far as it cost me 35 bucks'. We've removed the caveat that you had to be a bit forgiving with it. Now it's just good." 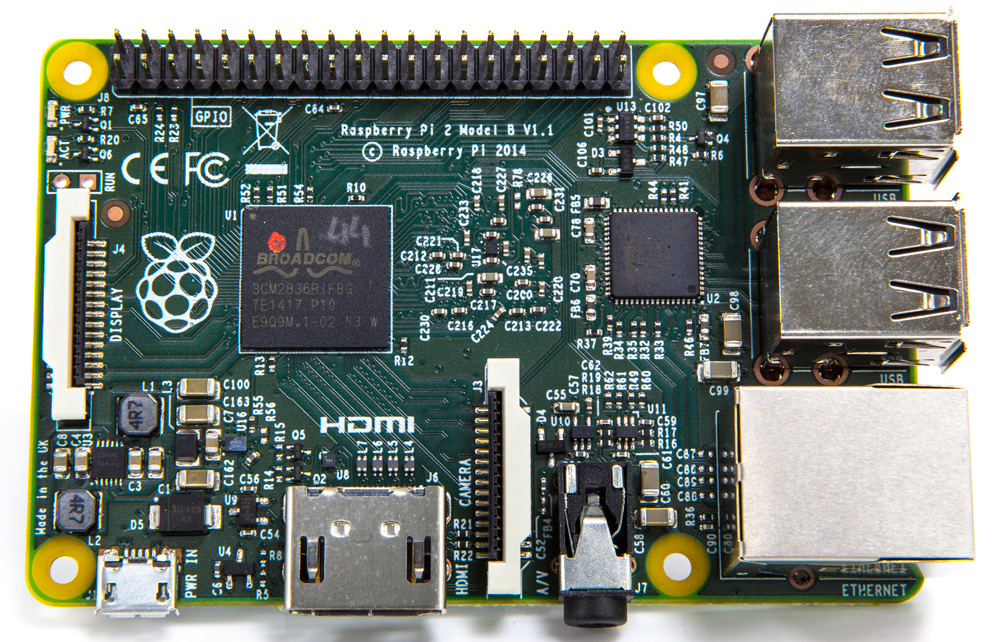 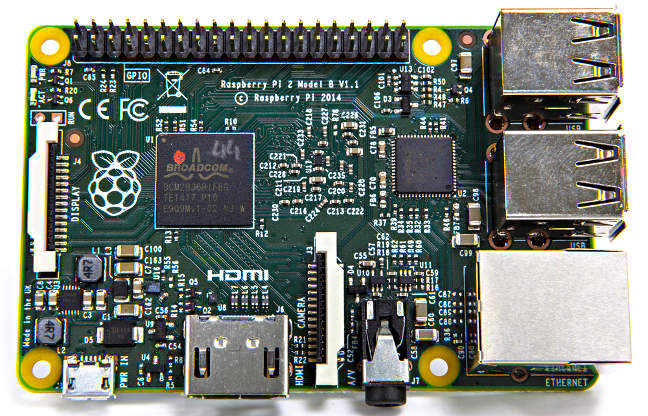 Outwardly, there's little to distinguish the Pi 2 from the Pi 1 Model B+, as it's now designated.

At its heart, though, is the BCM2836 SoC, which according to Upton has been in development for a couple of years. It's "very, very similar" to its predecessor – the BCM2835 – but with four cores and "a little tweak to allow us to address the gig of RAM," he explained.

The new BCM2836, on the other hand, contains four 32-bit ARMv7 Cortex-A7 cores with 1GB of RAM (and the same VideoCore IV GPU). 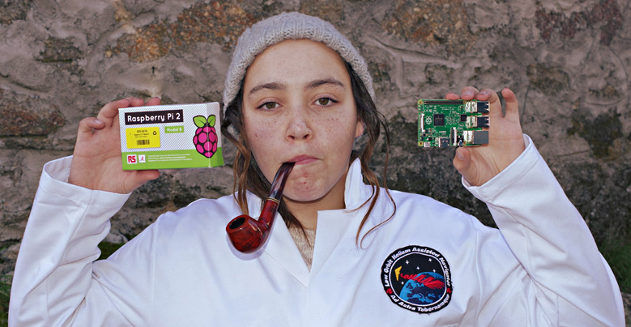 We've given the new BCM2836 Pi 2 a quick blast, with SPB apprentice boffin Katarina having the honour of being one of the first to lay hands on the board. It seems nippy enough but just how it measures up remains to be seen.

Regarding the claimed 6x performance increase over the B+, Upton said: "That's one of those things where you ask 'how do you put a number on it?'" 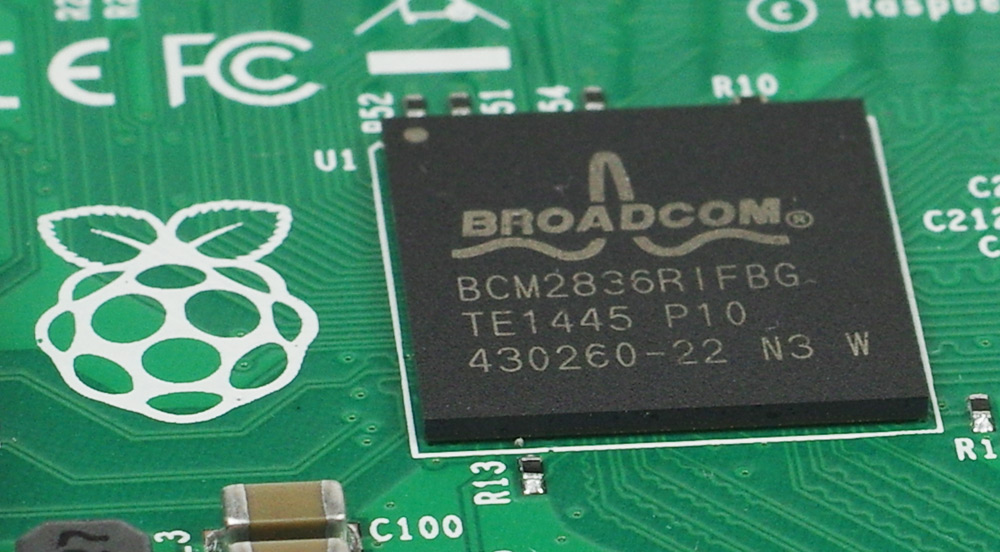 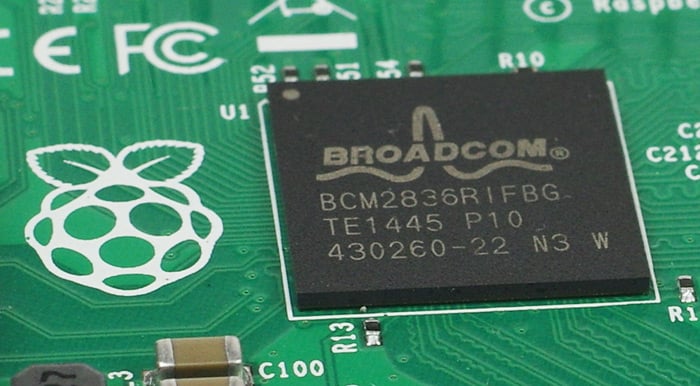 The Broadcom BCM2836 chip in the new Pi 2. Click to embiggen

Upton, a chip architect at Broadcom, continued: "Where the ARM11 starts to fall down really, particularly with the kind of small caches we have on the BCM2835, is when it starts to run actual applications. I think we ran SunSpider [on the BCM2836] and even though that's going to be a single threaded benchmark, that was something like 3x performance just on a single core.

"So we figured, what's a defensible number, and [six] is the number that comes out of SysBench. We just wanted to have an answer when someone asked 'Where did you come up with that?'"

Fair enough. So, what might people do with this extra speed? Upton reckons it'll be handy "probably in the embedded makery world, for some image processing stuff."

He elaborated: "There are a lot of people who want to do computer vision things like OpenCV. You can optimise OpenCV pretty well to run on the DSPs that are in Pi 1, but in the end there's just no substitute for just lots more CPU performance." 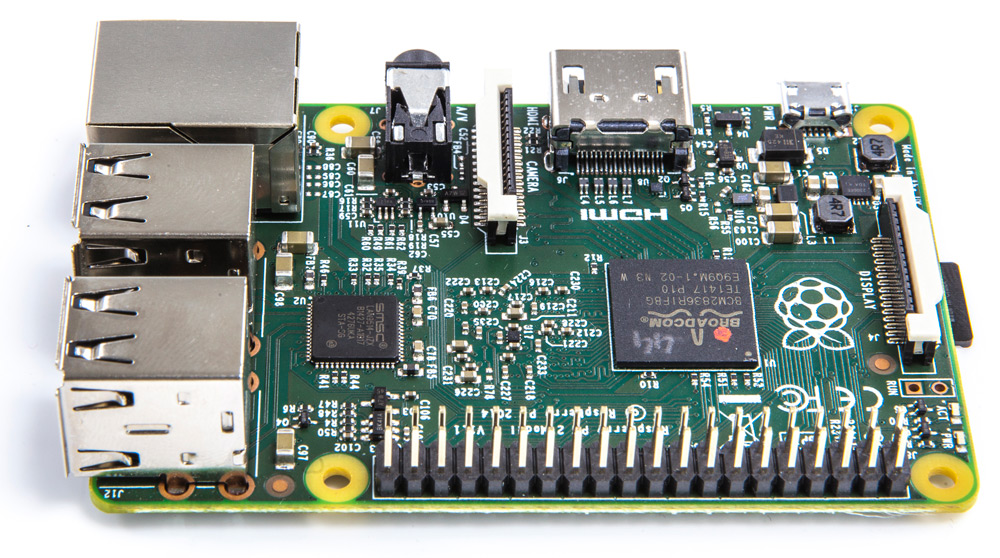 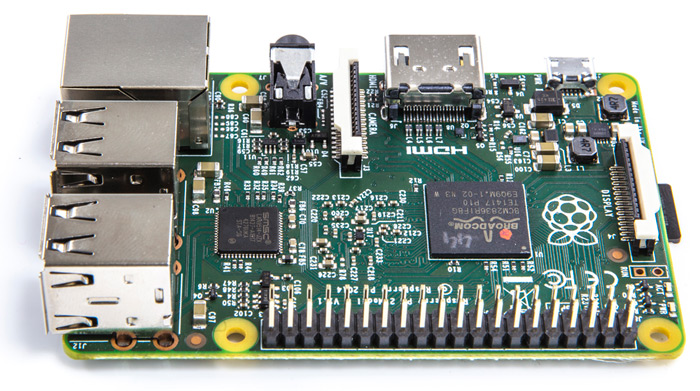 Upton told us: "We've sold something like 60 or 70,000 freshly manufactured Bs since we launched the B+, because, for example, industrial customers don't want to move on. I think that although the Pi 2 and the B+ are going to be the same price, there will be a bunch of industrial customers who, for a variety of reasons, will just stick with the B+ because they're comfortable with it."

Accordingly, the predicted manufacturing mix for this year will be 80 per cent Pi 2, and 20 per cent Pi B+, as customers gradually migrate to the faster model. 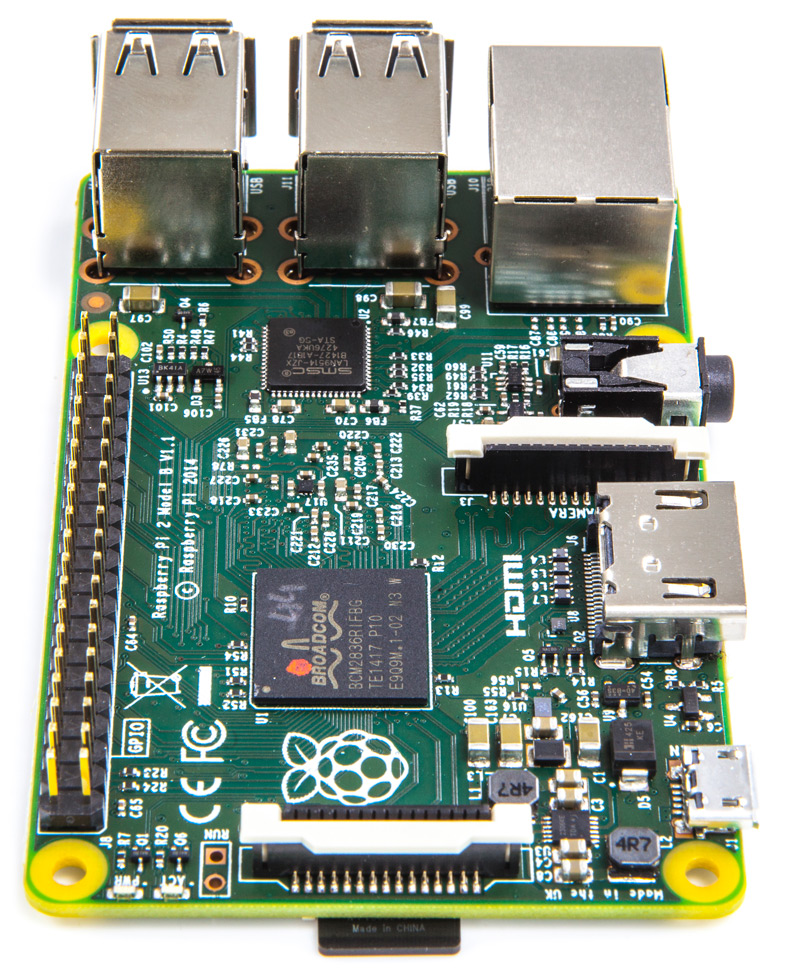 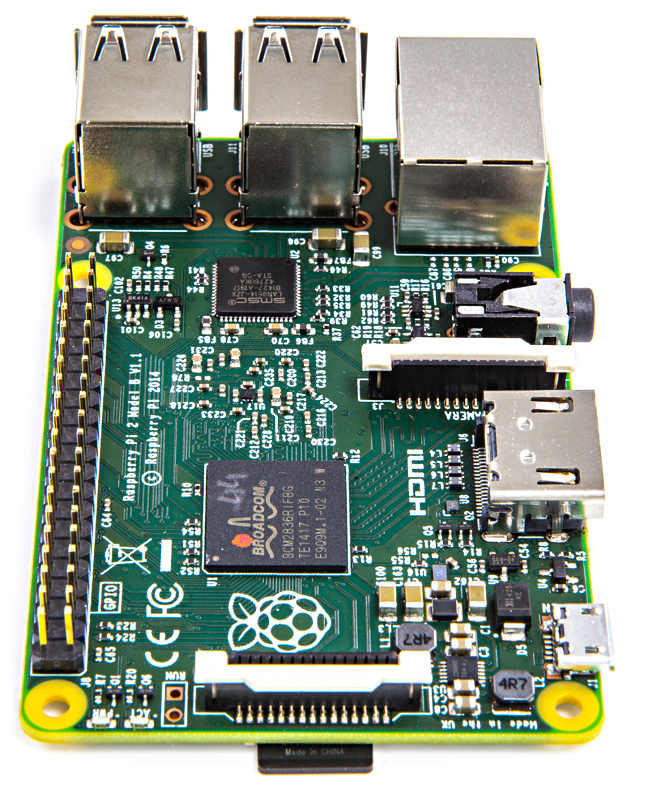 The Pi 2 goes on sale today from the usual outlets. Upton promised 100,000 units available straight away, with Sony's plant in Pencoed, South Wales, churning out more at the rate of "thousands a day".

He said: "If it's as popular as I think it will be, I'm sure there be a little queue, but it won't be the 2012 experience where the queue was six months long."

For geeks on a really tight budget, the $20 Pi A+ will still be available, and Upton provocatively noted "there is a slot in the name space for a Raspberry Pi 2 Model A." Such a stripped-down version boasting the BCM2836 would doubtless be a winner, although the Raspberry Pi Foundation has no immediate plans to release it.

Our own Pi 2 is winging its way to Low Orbit Helium Assisted Navigator (LOHAN) autopilot wrangler Linus Penzlien, to assist in programming our Vulture 2 spaceplane's autopilot, and when we suggested to Upton it'd be a nice present for the German brain surgeon, he said: "I'm hoping this is a nice present for Linux gods everywhere." ®

This article was updated shortly after publication to make clear the new BCM2836 includes four ARM Cortex-A7 cores. RS Components, for one, has the new model in stock.