As unlikely as it might seem at face value, it's a potent mixture, with Manny cast as the sarcastic investigator – even if his job is technically travel agent to the recently deceased. The other characters, meanwhile, fulfil every film noir cliché from femme fatale to scheming kingpin. 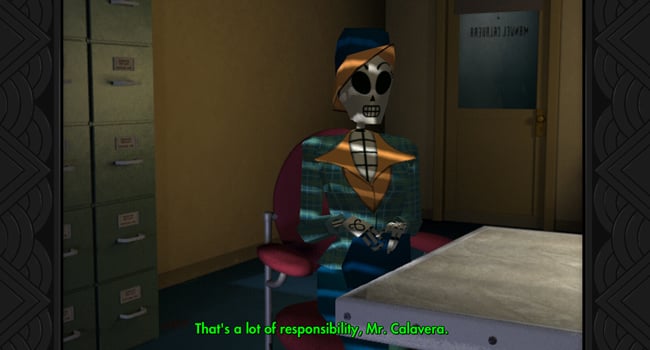 The original’s tank controls have mercifully been ousted in favour of the traditional analogue style we’re used to today. Don’t think you’ve escaped completely though, as Schafer apparently demanded the inclusion of a trophy that insists we use tank controls regardless (the sadist!).

Speaking of Tim Schafer (and the rest of the development team), there’s a great commentary added to the remaster that no fan should miss. Just be sure you activate it in the settings menu. 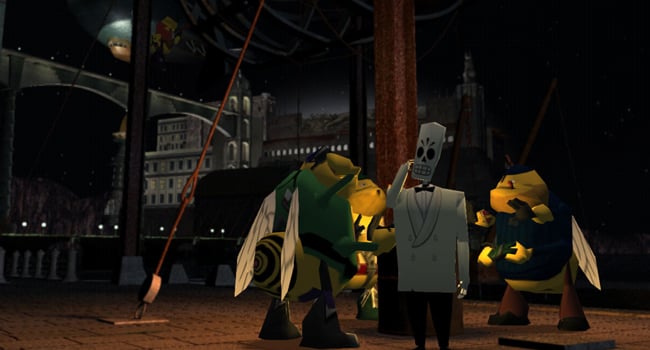 Anything and everything is discussed – from why the flaming beavers are flaming, to the complexities of animating a 3D game back in the mid-1990s. It’s interesting, spoiler-free and is often as funny as the game itself.

The remaster also provides the option to use smoothed out character models – even if the various environments themselves remain largely unchanged. Bearing that in mind, it’s actually a testament to their design that they still stand up, even at 16:9. 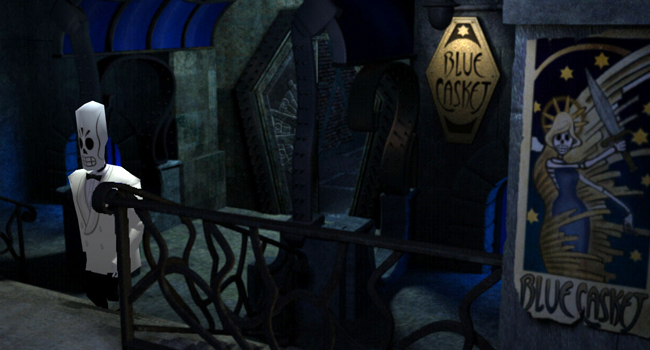 Inevitably, and perhaps due to the way developers have increasingly looked to mollycoddle us of late, the puzzles themselves have dated rather more than the visuals. Point-and-click adventure games were notorious for offering conundrums that required as much logic as patience and Grim Fandango is no different.