Expect to try every item with every interactive object in ever more desperate ways as you progress across the game’s four stages (staggered across four years). And, every time you examine an object, expect to hear the familiar lines of dialogue – "I don't wanna mess-up my blade", for example – time and time again. 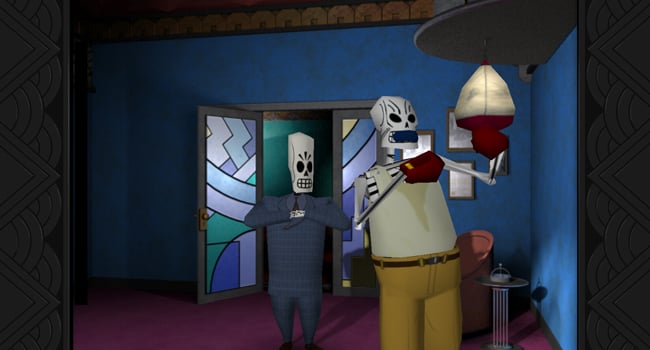 Of course, for all the frustration caused by being stuck, there’s just as much relief as you finally work out what you’re supposed to do. Indeed, it's here where the genius of Grim Fandango (and the adventure game genre as a whole) lies. No doubt it’s also why the genre died a death too, only to be replaced by the more user-friendly "Telltale Games" style episodic gaming in more recent years.

I say this not to put off prospective buyers, but more as fair warning. Go into Grim Fandango with the knowledge that you’re likely to get stuck. But know that there’s no shame in admitting defeat and consulting with a walkthrough every now and then. Just be sure not to rely on one utterly, as otherwise you’ll beat the game without any of those "Eureka!" moments of satisfaction. 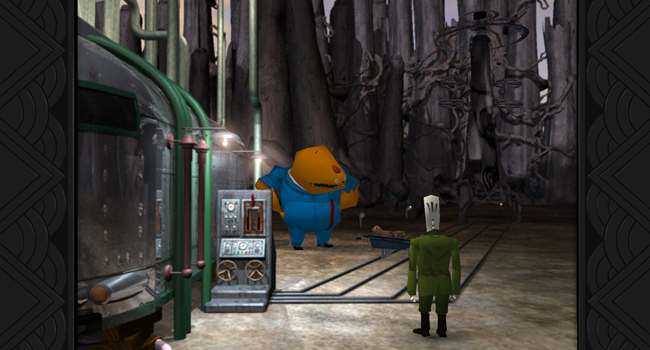 No review of Grim Fandango would be complete without a nod to the musical score either. It is heavy in blues and jazz and draws from all the great film noir classics – from Vertigo to Casablanca – to perfectly complement the game’s personality. Just wait until you hear Glottis tickling the ivories.

PS Vita owners will also be interested to know that Double Fine (Schafer’s studio that programmed the remaster) has included a cross-save feature too. So your save game will move from PS4 to Vita, and vice-versa. 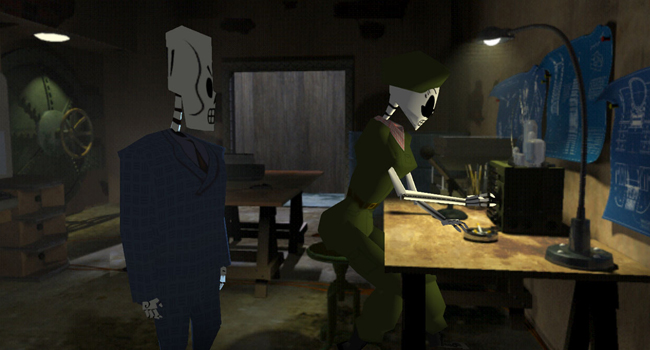 The Vita version is nigh on identical to the PS4 version but with added touchscreen controls. The smaller screen does make it a tad harder to spot every interactive object at times, but who can begrudge the added option to play on the move?

For all its slightly grainy textures and occasionally harsh puzzles Grim Fandango is well worth the asking price. LucasArts’ classic is funny, thoughtful and just plain cool. Let’s hope it sells and Schafer and co, over at Double Fine, take the opportunity to kickstart a sequel. ®