An Australian scientist says that he has succeeded in mastering one of mankind's deadliest enemies: invading toads which sweat toxic hallucinogenic drugs. 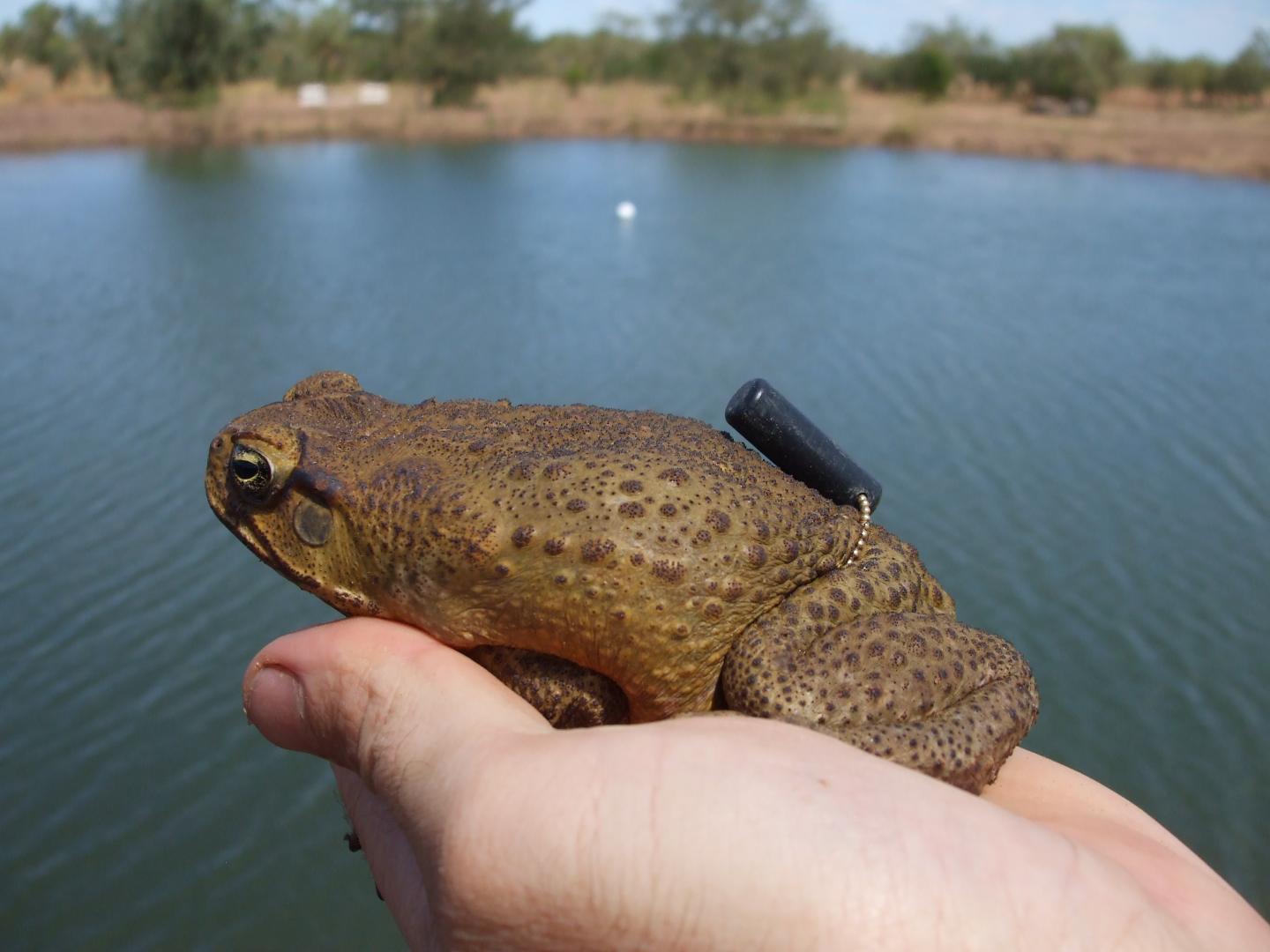 'This is a cane toad with a tracking device attached at a dam in Australia'. Some days being a caption writer is OK.

"Our approach of erecting toad-proof fences around dams could work on a large scale to halt their march across the continent, because most of the areas that these toxic amphibians will invade in future are semi-arid or arid."

The cane toad invaders are a deadly scourge indeed. Their toxic, hallucinogenic sweat makes them a fatal meal for various Australian predators and the drug-perspiring amphibians are prone to gobbling up the local dung beetles, which are valued down under for clearing up cowshit and so keeping the flies under control.

But the slimy invaders have one weakness: they need a wet environment to survive. In the dry season, much of Australia would be deadly to them - if it weren't for farmers establishing dams full of water for livestock to drink. The crafty toads use these as refuges from the scorchio conditions.

But Professor Letnic's having simply none of that. He says his new plan of toad-proof barriers around dams will settle the sweaty horrors.

"The toads were still attracted to the water but they died en masse while attempting to settle at the fenced dams. Their numbers remained suppressed for a further year. By comparison, there were 10 to 100 times more toads living at the unfenced dams that were used as controls in the study," says the prof.

"By excluding toads from dams, we converted their invasion refuges into ecological traps and thwarted their spread."

Apart from saving the dung beetle, the prof's efforts could also help prevent the damage to society caused by the irresponsible practice of toad licking, reportedly popular among the more time-rich Australian youngsters as an economical alternative to recreational drug use.

Full details on the toad-busting plan are published here courtesy of the Journal of Applied Ecology. ®