Ofcom can prise my telly spectrum from my COLD, DEAD... er, aerial

Let's have a mass debate shall we?

Ofcom's position, as mentioned, is to oppose the “co-primary” allocation of the main DTT band (470-694MHz) for mobile broadband; I'd like to say "It was The Reg wot edged it" but we probably can't take that much credit.

The consultation on the Lamy report includes a mention of "downlink only use" of the same band for broadband services. The intention, apparently, is that primary use of the band will be for DTT, and only the spare bits will be used for something else. 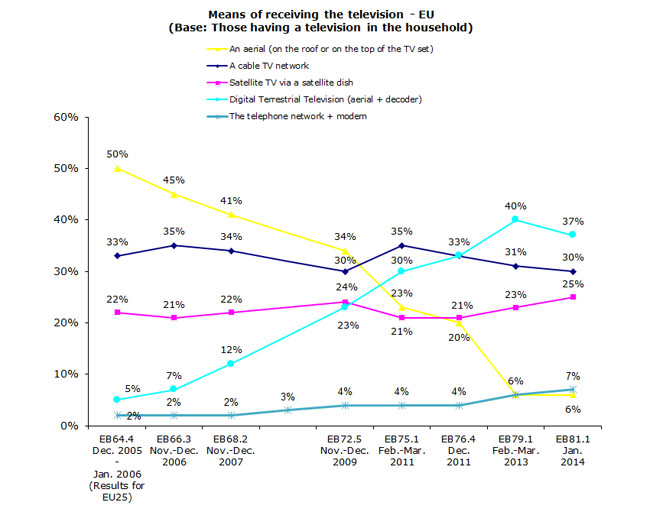 It sounds a clever idea. Problem is, we're not quite sure if it will work. The at800 project was set up to deal with interference issues caused by 4G services in the 800MHz band, which is adjacent to the very top of the range of frequencies currently used by Freeview. Affected homes should have received leaflets, and if interference is caused by 4G, then filters and other assistance can be provided to help sort things out.

According to an at800 statement, they're "confident that disruption to Freeview is less widespread than initially estimated," which sounds like great news. However, in the areas where 4G has been turned on, the frequencies used aren't right next to any DTT channels. The lowest chunk of frequencies went to Three, at 791-796MHz. The highest TV channel in use for DTT is UHF 60, at a centre frequency of 786MHz; channels 61 (794MHz) and upwards fall into the “800MHz” group that’s been cleared for 4G services.

But so far, Three has been rolling out 4G services using not the 800MHz spectrum that it won in Ofcom's auction, but some additional space in the 1800MHz band, which it acquired after EE was forced to give it up. They are presently rolling out equipment for 800MHz, which will provide better rural coverage, though not quite as fast. Why is this important?

Well, if Three's allocation is the closest to Freeview, and the mobile broadband gang are saying "Great, there's far less interference than we expected", isn't that a bit like saying "We can't hear any noise from the neighbours" when the building next to you hasn't yet had anyone move in?

It may well be the case that, as at800 says, a simple filter will fix any problems that 4G will cause with terrestrial TV reception. A low-pass filter, after all, isn't that complex, and with 4G all the frequencies are neatly bundled up in one place. 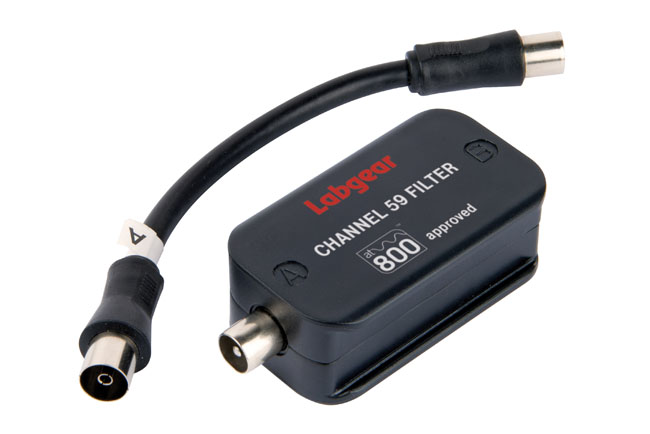 In proposing to allow use of the DTT allocation for wireless broadband, things are likely to become rather more complicated – especially with the current proposals to allow white-space radio in between the TV channels as well. Personally, and having spoken to some in the broadcasting industry, I'd rather the band remained restricted to terrestrial broadcasting rather than risking interference.

Spectrum isn't the only thing covered by the consultation, incidentally. You can also have your say on things like whether or not DVB-T2 and HEVC should be mandated by a particular date. I've long thought that there will have to be a move to T2 in the UK to maintain the level of service we have now. Would mandatory HEVC be a step too far? Sticking with H.264 would at least ensure all current FreeviewHD kit is compatible.

Whatever you think is the best option, the consultation is running until April 12th, so get along, and make sure you have your say. ®