The StorServ man calls it a day

David Scott was CEO of 3PAR when HP bought it for $2.4 billion in September 2010 after a hard-fought bidding war with Dell. It gave HP the storage answer to replace the failing EVA SAN array technology and was a highly successful acquisition, culminating in the 7450 all-flash version of the technology.

Dell subsequently bought Compellent and its SAN array technology for $960m in December 2010.

The 3PAR array, competing with EMC, HDS and IBM SAN arrays, was legendary for its early adoption of thin technologies. It was also easy to manage and storage admins loved it. The company was founded in 1999 with David Scott becoming CEO and president in 2001. The first InServ product was shipped in 2002.

It rapidly became apparent that HP had no answer to this technology and, with its EVA arrays running out of steam it went ahead and bought 3PAR, thus ironically bring Scott back into the HP fold. He joined HP originally in 1983 as a UK systems engineer and rose to become general manager of its XP enterprise storage business, which produced high-end enterprise arrays OEM’d from Hitachi.

He resigned from HP in January 2001 to become 3PAR CEO, and spent almost ten years there growing the startup to become the hottest SAN storage acquisition of post-millennium period.

The acquisition made him a millionaire from share options, but he joined HP again to become an SVP and general manager of HP storage, enduring the Mark Hurd and Leo Apotheker debacles and reporting to EMC exile David Donatelli who ran the enterprise servers and storage group. Meg Whitman moved Donatelli off to a side pasture and Scott continued to run the storage business under his successor.

He led the 3PAR product line to became a billion dollar business for HP. 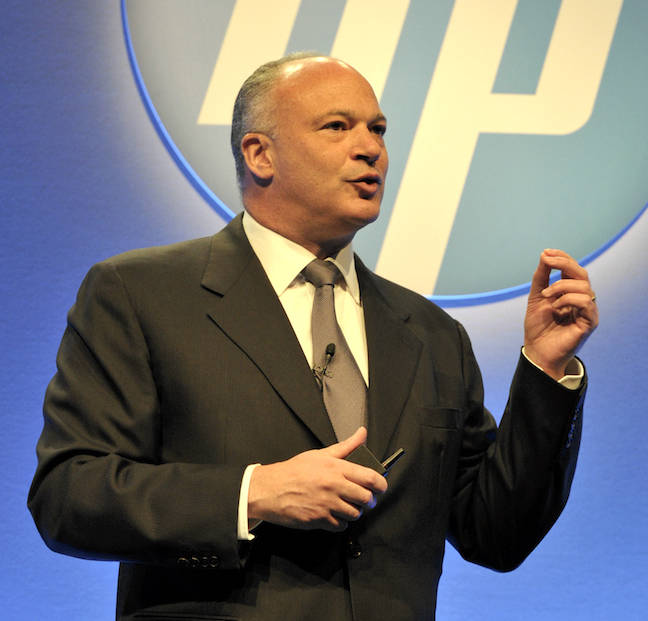 Now he is off to to whatever a retired senior exec and multi-millionaire does; no doubt he’ll join a board or two and his golf skills may improve. Scott made a tremendously positive impression on virtually everyone he met and will be sorely missed as a gentleman of the storage business, on a par with Compellent co-founder Phil Soran.

HP is about to split into two organisations; a printer plus PCs unit and an enterprise IT operation. That, with the subsequent effort needed to get a fresh business off the ground, might have been a factor in Scott's resignation decision.

Another 3PAR exec, Peter Slocum, engineering VP of the Utility Development Unit, is retiring at the end of February. He joined 3PAR in April 2009, a few months before HP bought it. He was an ex-HP employee too, way back when in 1986-1990 where he was a section manager in, we understand, the engineering organisation.

Phil Tamer will taken on the soon-to-be-vacant engineering VP position with Bill Philbin, currently doing storage engineering VP for the Virtual Development Unit. He will be the acting general manager of HP’s storage business, while a search - internal and external - is undertaken for a permanent executive.