'If someone in Australia says lick my toad, it's not a euphemism'

Plus: Someone LIKED one of our headlines? $DEITY_ABOVE praise us! 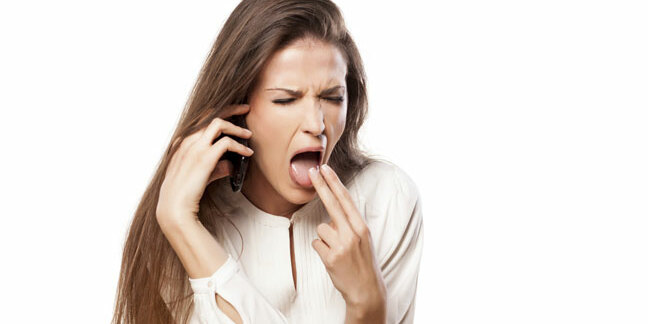 CoTW The application of one's tongue to an Australian amphibian is no laughing matter. Neither, for that matter, are conspiracy theories around the launch of the Raspberry Pi 2 or love/hate reactions to Phil Zimmerman. Yes, it's Comment of the Week time.

Opening this week's snorkworthy commentardery was Simple Si, who pitched up with this nugget after reading about an Aussie boffin's toad-proof erection:

Note to self, when visiting Oz, say "No" if someone asks me to "Lick their toad" as it is unlikely to be a euphemism...

Moving on swiftly, we then found the mildly grumpy TricksterWolf, who neatly reversed the usual trend of moans about Reg headlines:

Okay, The Register. After all these years, one of your headlines actually made me laugh.

(please note it was not one containing the "boffins" um, "word")

Well, we're glad you liked that one. Please stick around, you might even like some of the others. Speaking of boffins, by the way, you also want to read this: DAMN you El Reg, CALL ME A BOFFIN, demands enraged boffin.

A close runner-up for this week's Golden Vulture Dropping was silver-badged commentard Yet another Anonymous Coward, who took a pleasingly cynical view of the news that Windows 10 will be on the latest version of the Raspberry Pi:

The raspberryPi was aimed at schools.

It was aimed at fixing the problem that CS in schools is now click on icon in Word to bold a word.

It was aimed at the; it is a offense to touch the school PCs without explicit permission, it is a violation of the schools service contract to do anything on the PCs not aligned with keystage 2 subsection 3 para 4 of the people's central curriculum.

So Microsoft make a few phone calls to their friends in government to "develop enhanced curriculum support" - and all those Pi in schools are suddenly limited to running Internet Explorer to access Office365 to click on an icon in Word ....

Taking home this week's failure award, for the most irrelevant, silly or downright unpopular comment is an Anonymous Coward, who decided this was a sensible thing to say regarding the news that PGP daddy Phil Zimmerman had criticised David Cameron's stance on encryption.

The point is, and you'll not like this, is that a society based on "secrets" is a broken society. Who cares who you get up to things with? As long as you don't harm anyone else, you've nothing to fear. Oh, you're scared of ridicule? You'll grow up at some stage I'm sure and be more confident in your actions and your choices. Right now the whole thing is built on secrecy, even posting anonymously ;) As if it's really anonymous anyway :D From our industrial secrets to our back room deals.

A system that is as broken as this one, and one that means you need to fight to earn to eat, and that's fight every other human, needs these layers of protection. However, it doesn't have to be this way. And that's where evolution comes in.

I'm, personally, happy that the NSA did all that data slurping, so now we have the basis of a computer system that can track resources in real time and when we come to manage those resources, instead of fight over "profit", we'll have a big chunk of the work already done. Don't worry. I'll down vote this post myself to save your ire and mouse finger :D

78 downvotes later (at the time of writing), and the Great Tardmangling Machine itself is chuckling at the inanity. Want to know why? Just read a few lines further on...

The Golden Vulture Dropping of Excellence

Commentard soldinio takes home this week's Comment of the Week award for this magnificent broadside against the Conservative Party's plans to outlaw end-to-end encryption.

Noting to fear, nothing to hide right?

I fear criminals, so I hide my bank details.

I fear burglars so I hide my travel plans.

I fear political corruption so I hide my voting intentions

I fear embarrassment and ridicule so I hide private conversations with my wife.

So tell me Dave, Theresa and all your vote grabbing short sighted dangerously ignorant clique - what do you fear and how do you hide?

And that's how you get 120+ upvotes in El Reg's comments - an elegantly expressed argument in favour of things that no reasonable person can deny.* Simples!

* We reserve the right to repudiate this formula without warning depending on your stance towards Marmite.

Another week, another bunch of Windows 10 machines punched by a patch

Pitch of the week: Helping to stamp out e-cigarettes while removing hurdles to digital learning

Comment Buy our networking gear and get rid of vaping. Think of the children!

Totally Sardonic Bank: Well, it must be, to have a TITSUP* the same week as THAT report

Updated Has learned from its mistakes... again

Ex-director accuses iRobot of firing him for pointing out the home-cleaner droids broke safety, govt regulations

Comment Gov.UK to ask social networks to do their part...