Lister creation 'a cross between food and bowel surgery'

Our pushing of the culinary envelope takes us into intergalactic space this week, as we present for your post-pub consideration the magnificent Red Dwarf chilli chutney egg sarnie, likened to "a cross between food and bowel surgery".

That's how Arnold Rimmer described Dave Lister's unholy creation in episode Thanks for the Memory. Lister's recipe was apparently inspired by a book on biological warfare, but in the absence of the original reference material or indeed a hard-and-fast set of instructions, the show's fans have since speculated on just how the "state of the art sarnie" might be constructed. 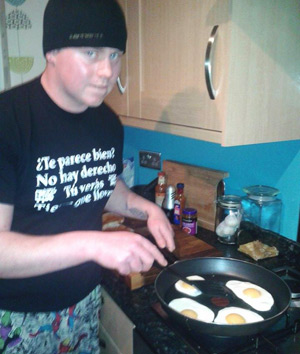 Enter my nephew Sean Haines (pictured left), an enthusiastic Red Dwarf aficionado who volunteered to recreate the sandwich using the available information, and risk his digestive tract for the advancement of science.

If the snap of Sean is a bit blurry, then this is merely evidence of the true post-pub nature of the experiment. His missus was on hand to grab the portrait, and clearly a bit the worse for wear herself.

Mercifully for both of them, the recipe is hardly technically challenging, although you will required to demonstrate basic frying-pan-handling skills and the ability not to burn the house down.

A quick trip to the supermarket will provide everything you need, viz: 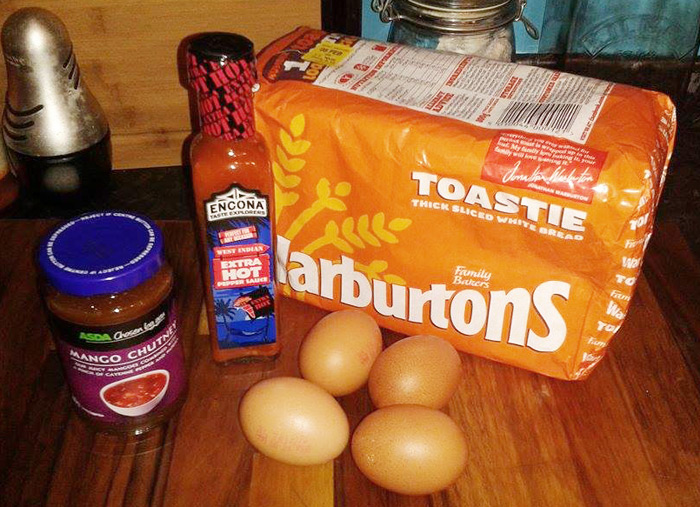 Just how spicy you want this is a matter of taste but, in the spirit of the original, Sean used spicy mango chutney and a decently hot sauce. According to him, the eggs are deployed in pairs, as you can see in our traditional step-by-step guide: 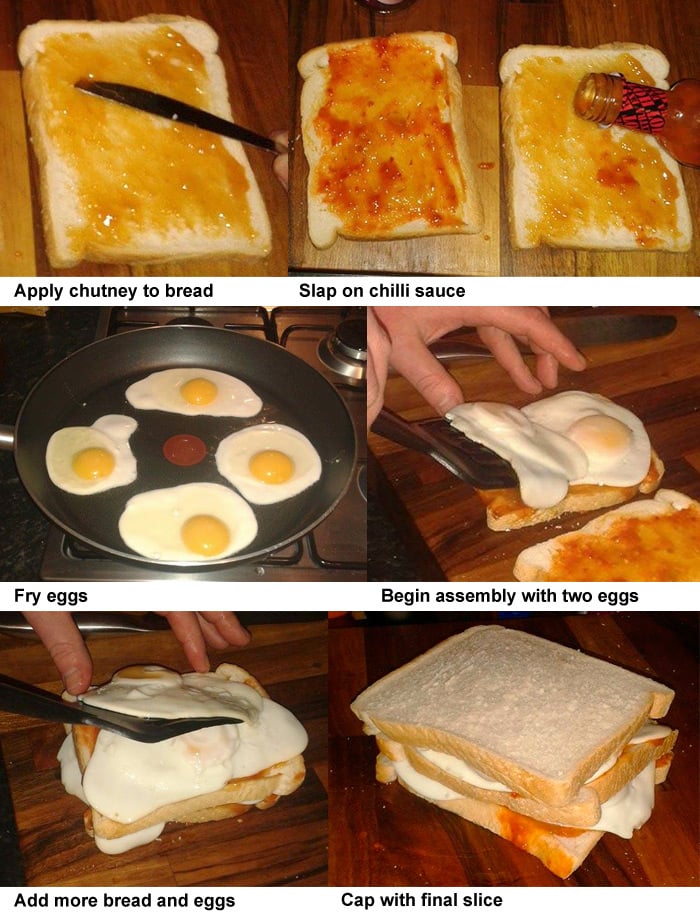 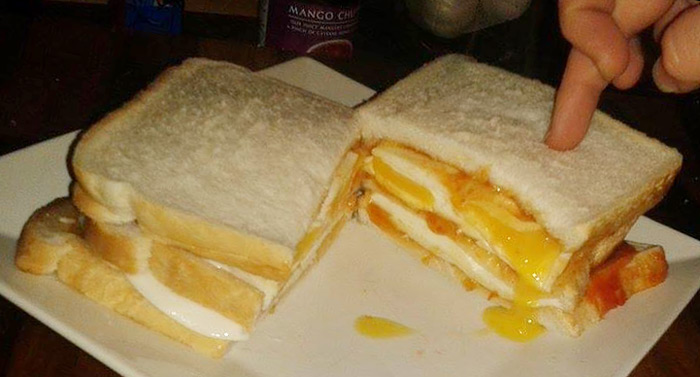 ... and Dave Lister warned that you have to tuck in sharpish, before the bread dissolves:

He said: "This was the first time I've had this and I can honestly say I was completely shocked at how nice it was. It just worked, so much so that my missus tucked in and scoffed the other half. She had a cold and immediately felt amazing."

It's possible, then, that we have just discovered the cure for the common cold. At the very least, the chilli chutney egg sarnie will certainly mitigate the effects of a night on the sauce, so we'll raise the usual pint or two to Sean and Dave Lister before heading to the kitchen ... ®