Book review When you set up a central mystery in a story, make it the crux of your tale and drop tantalising clues about it all the way through, you’ve set yourself a difficult task.

You’ve made a promise to the reader from page one that the answer to your mystery is a good one, you’ve beckoned them from page to page with the assurance that, just around the next literary bend, is the answer they’ve been searching for, the big a-ha that will make the whole story worth it.

If, instead, you drag the reader all that way and then give them a half-arsed resolution with a lot of loose ends, you’re in trouble. Regardless of how good, how rich, how gripping the previous pages were, the reader closes the last page with a bitter taste in their mouth and won’t be recommending the experience to others. This, as you may have guessed, is exactly what happens with the unfortunate third book from Jonathan Barnes, Cannonbridge. 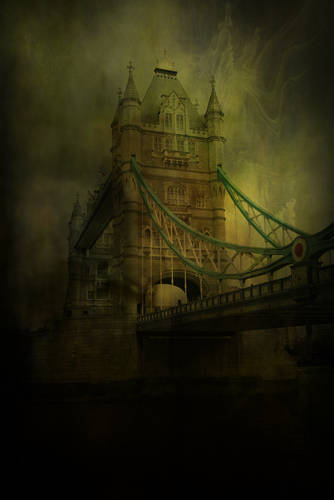 Throughout the history of Victorian literature looms a figure who apparently met and influenced the most influential authors in British and Irish history. From Oscar Wilde to Charles Dickens to Mary Shelley, Matthew Cannonbridge seems to have met them all at a crucial time in their lives and (in the book) is celebrated as an author and literary figure like no other in British culture.

That is, until the mild, unassuming and relatively unsuccessful academic Toby Judd starts to suspect something is up about Cannonbridge. His obscure history is just too neat, the way he keeps popping up everywhere is too coincidental and Judd starts to wonder if the whole idea of him may be nothing more than a hoax.

Judd’s not much of a hero, with his stale backstory and cliched 39-step capering around the country, but you don’t read this book for Judd. You read it for Cannonbridge, whose story is told with a historic care and attention to literary detail that tells you Barnes’ heart is firmly in the 19th Century, not the 21st. It’s an entertaining ride through the Victorian era, taking in historic figures like Jack the Ripper and Maria Monk along with the literary luminaries.

But it all comes juddering to a halt when the pieces start coming together. The real explanation of Cannonbridge turns out to be perplexingly strange and far-fetched, but I could live with that. It’s the fact that it’s also a bit of a disappointment that’s really annoying. As for how the whole thing is tidied up and taken care of – with a jump through time, a truncated showdown and an unnecessary twist – it’s all a bit humdrum.

You can see that the author has been pretty clever, but the pieces don’t quite fit together and it just doesn't live up to the promise of the previous chapters. Perhaps with lowered expectations, you might still like the book as much at the end as you did halfway through – but probably not.