Bright light, bright light ... Do you have any blu-tack? 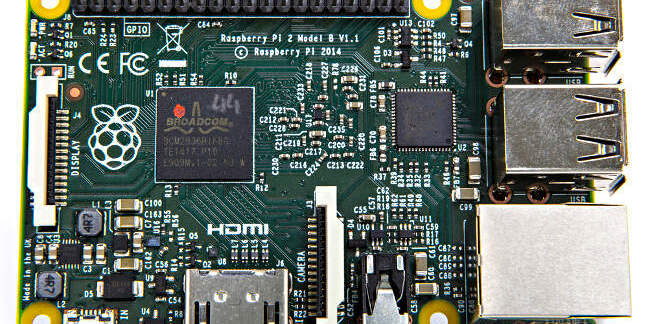 Vid An odd little flaw in the new Raspberry Pi 2 has been discovered just days after its geekgasmic release – the PC doesn't like being papped under the bright lights of cameras.

It apparently freezes when a Xenon flash is used to photograph the Raspberry Pi 2.

The glitch was flagged up in a forum thread entitled "Why is the Pi2 camera-shy?", which led to others being able to reproduce the problem.

A user with the handle PeterO said:

I have discovered that my Pi2 is camera-shy! Taking it's picture with a flash causes an instant power off!

First two times I didn't realise what had happened as I wasn't looking at the screen at the time and only noticed a few minutes afterwards. Third time I did it just to watch the screen ... Instant power off.

A video has also appeared on YouTube showing the flaw in action.

Users on the forum are already attempting to work out the cause of the "XENON DEATH FLASH".

"I thought it might be the SoC (now it has no RAM on top – the ram is underneath on the Pi 2) – blu-tack over the SoC wasn't enough to save it crashing, nor was a few sheets of A4, turning it upside down saved it though," wrote mikerr.

While jdb reckoned that the U16 SMPS chip was "the culprit". Covering it with a bit of blu-tack apparently fixed the glitch. ®

Double the RAM but not double the price