This optical disc will keep your gumble safe for 2,000 YEARS

And you thought normal DVDs were posh. How little you know

It’s been a long time coming, but then it will be a long time staying. 1,000 years, if the engineers are right. Millenniata’s 100GB Blu-ray disc will hold data for that long and more.

We first wrote about the M-DISC technology and its laser-burnt surface pits back in August 2011. Now Verbatim and Millenniata have a 100GB M-DISC you can buy, with Verbatim making the discs using Millenniata’s technology.

It’s a write-once product for consumers and small-to-medium enterprises and will work in any BDXL capable Blu-ray drive.

Testing by Verbatim parent Mitsubishi Kagaku Media, Millenniata and independent third parties, according to internationally accepted lifetime testing standard ISO/IEC 16963 (2nd edition), has shown an “average lifetime of significantly more than 2,000 years with no more than one failure per 100,000 discs expected, after more than 1,000 years at 250C (770F) and 50 per cent relative humidity.”

That means it's safe for many centuries “in a typical home or office environment”, according to Verbatim and Millenniata. 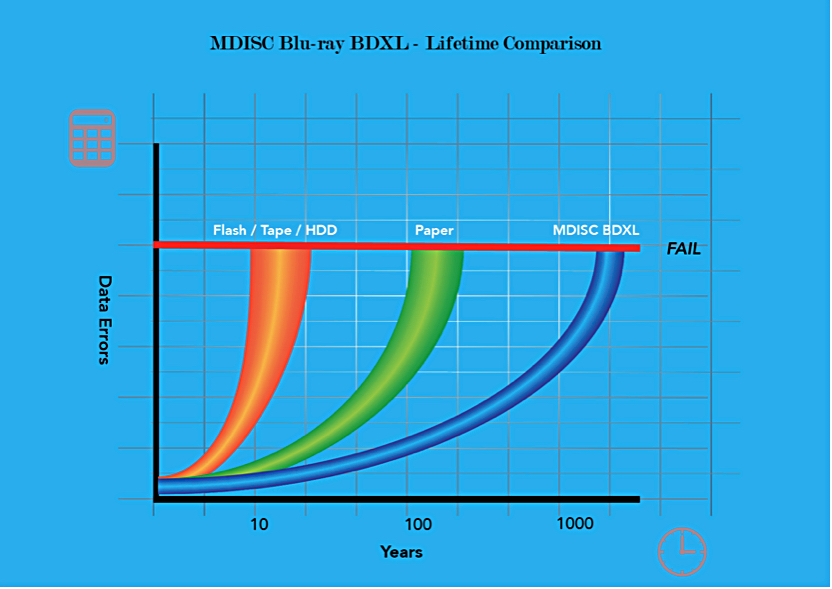 Millenniata also has 4.7GB (DVD) and 25GB (single-layer Blu-ray) M-DISC products available. A 50GB M-Disc Blue-ray product is expected by the end of March this year.

The 100GB M-DISC will be available through Verbatim and Millenniata channels by the end of February 2015. No price was provided.