The moral to this story: don't sleep on the same floor as your Roomba 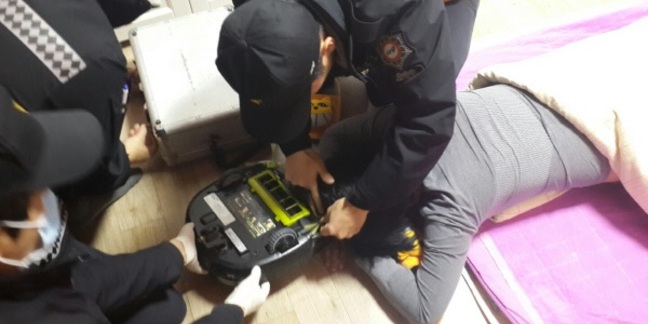 Korean outlet The Kyunghyang Shinmum reports a robot vacuum cleaner has attempted to eat a local woman, starting with her hair.

The woman appears to have been lying down on the floor of her home, having forgotten that her robot vacuum cleaner was set to patrol the area. Once the vacuum woke up, it sucked 5cm of her head hair into its innards.

The local fire department showed up with their hair-disentangling kit, dismantled the vacuum and rescued the woman who is reported to have emerged in the peak of health after the incident.

There's no indication the vacuum was doing anything other than obeying its programming, so let's not see this as the start of a robot uprising. Instead, the moral to this story appears simple and sounds nicely Old Testament: do not lay down with thine robot vacuum cleaner. And revise thine object detection and avoidance algorithms lest the next such incident spark a lawsuit. ®