Microsoft: Even cheapo Lumias to get slimmed down Windows 10

New chapter for a sad story 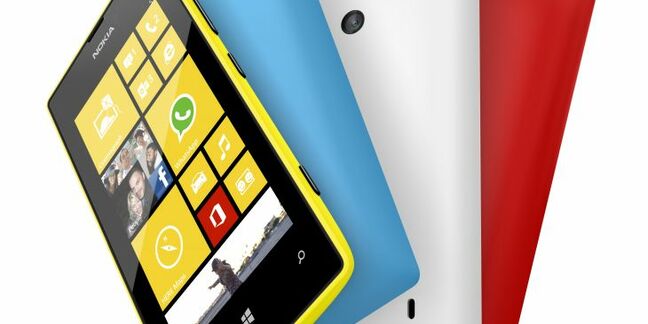 The “next chapter” in Windows is coming to Microsoft's cheapo, mass-market Lumia phones.

Microsoft is working to get Windows 10 working on devices with just 512MB RAM, including the Lumia 520.

Just one catch: small memory means sacrifice and some Windows 10 features will be cut out to make the forthcoming OS run on the phones.

Hey all: we ARE working on Win10 for 512MB, including 520. Our ambition is to make #Win10 available for these devices but features may vary

Windows 10 on mobile will be available through the Insider Program, but only on a limited number of handsets, Belfiore wrote.

Phones such as the Lumia 520 have become strategically important to Microsoft’s Windows-phone efforts.

Microsoft might want to match Apple by being able to sell multi-hundreds-of-dollar handsets but Microsoft’s biggest hit has been in the low-price market.

Announced at Mobile World Congress nearly two years ago, the 520 was Nokia’s cheapest Lumia at the time, at just $183. The phones have been shifting at $99 when bought together with a calling plan. By May 2014, the 520 was the single most popular Lumia, with Nokia outselling all other makers of Windows Phones by a significant share.

Sales of apps for Windows phones have been dominated by the low-memory, entry-level Lumias 520 and 530 – accounting for 71 per cent of downloads.

LG schtum over whether Europeans can get the powerhouse phablet V30